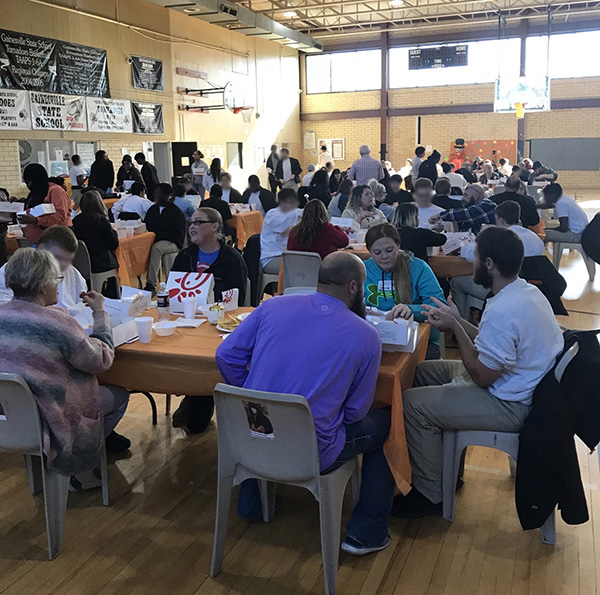 Gainesville State School hosted a large and lively Family Day event for Thanksgiving, with dozens of families and youth enjoying a Chick-fil-A lunch donated by the Potter’s House of Dallas followed by musical entertainment by the Power of Harmony, an a cappella vocal group that performs for youth in correctional settings.

“The a capella singing group demonstrated how powerful the human voice can be and mesmerized the crowd with their tremendous ability to harmonize,” said Stephen Claybrook, Family Enrichment Specialist for Gainesville State School.

“Several youths got involved in the action and volunteered to demonstrate their own vocal ability as well. With mic in hand, they sang, rapped, and performed their original songs they had written. One youth even belted out an amazing beatbox rhythm and the crowd cheered.”

The event was held over two days, to accommodate the more than 320 youth, family members and TJJD staff and volunteers who gathered for it. The families were divided into two time slots each of the two days, allowing them to spread out in the gym and visit with their youth while dining and listening to the music.

Volunteers and staff supplemented the meal with desserts and cookies for the pre-Thanksgiving gathering, which was held Nov 19-20. 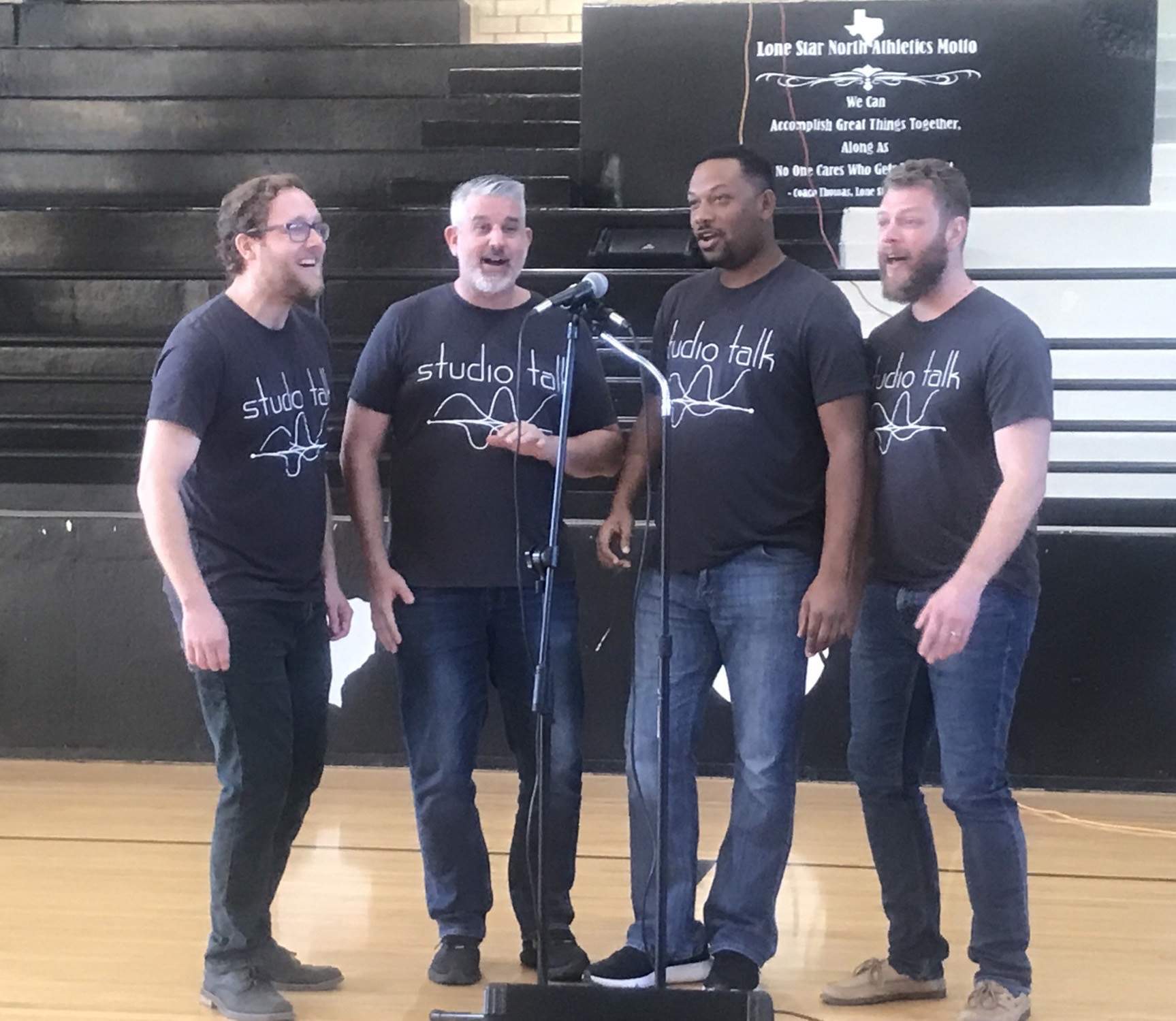 The a cappella group, Power of Harmony, was sponsored by Dennis Castiglione of Cleveland, Ohio in collaboration with The Vocal Majority Men’s Chorus in Dallas. They provided not just marvelous music but teaching moments and vocal demonstrations. The group aims to engage youths with musical ensemble performances and by providing male role models to teach the value of community and cooperation.

“We are so grateful to Dennis and his group “Power of Harmony” as well as the nationally known chorus group “The Vocal Majority,” for their time, and the sacrifices they made to come to Gainesville State School and provide entertainment for our youth and their families,” Claybrook said.

TJJD and Gainesville State School also want to thank our volunteers for their help and donations and the Potter’s House ministries and outreach of Dallas for their generous donation providing meals for the youth and their families.

In conjunction with their donation, Potter's House ministers also featured Claybrook and Supt. Darryl Anderson in an interview broadcast to congregants in which the two discussed the important work being done at Gainesville.

Said Claybrook, “This was really a weekend to remember.”