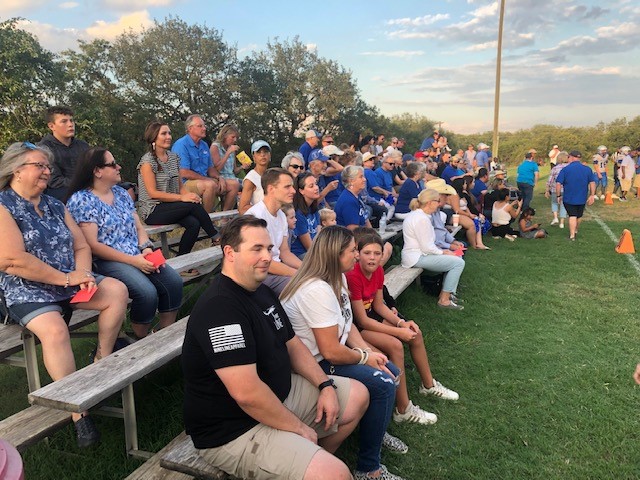 The Giddings State School has been having a heck of a football year, with some stops and starts.As you may be aware, students must be doing well on campus (getting good grades and no behavior issues) to be allowed to go off campus -- and at times, it can be difficult to constitute a team.

So, when we do go, it is pretty special for the students, staff, and families who can attend, and we are so very proud of our guys! We have truly been enjoying this year.

At our very first regular season game this year against Bracken Christian School in Bulverde, we were reminded that there are some good and kind-hearted people in the world.

Well before the COVID crisis struck, unbeknownst to us, one of the players on the Bracken team, had devised a plan.  He noticed that we did not have many people able to show up in the stands to cheer our guys that year, in 2019, and he wanted to do something about that for the next year.But with COVID still rampant, our team did not play for another two years.

That delay, however, did not stop this player from reaching out. Even though he had graduated by this year’s game, he told his dad, Pastor Paul of the Bulverde Baptist Church, that he wanted to make certain there were people to cheer on the Giddings State School youth when they played Bracken Christian. Dad and son went into action and called for volunteers to show up for the GSS Mustangs!

On the evening of August 26, much to our surprise, Bulverde Baptist went into action. They arrived at least 100 strong, an army of cheering fans with warm, smiling faces, kind and encouraging words, and wearing our school colors! If they wanted to show the love of God to our students, they succeeded. Our guys did not score one point that night, but they walked away with their heads held high, feeling loved and supported by these volunteers who led cheers, handed out pompoms, and wrote really sweet notes to our players. 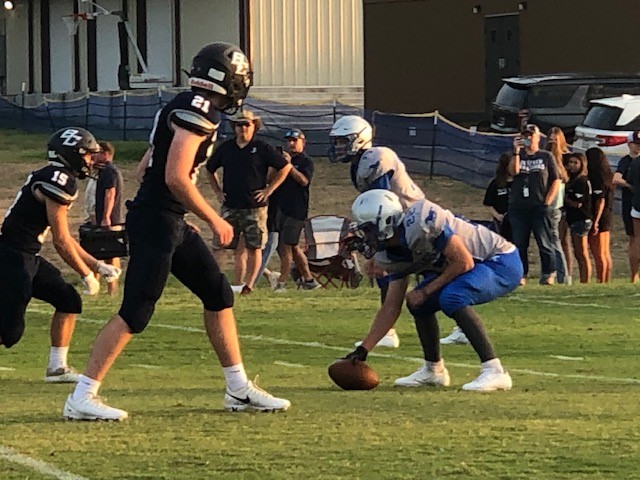 It truly felt amazing to all of us. Our campus Superintendent Bill Parks and Operations Manager Robin Motley also were on site to witness this outpouring of support as well.

Student J.A. said, “I appreciate all of you coming.  It made me feel… I don’t even know how it made me feel, but thank you for coming to see us play, it really meant something to me.” 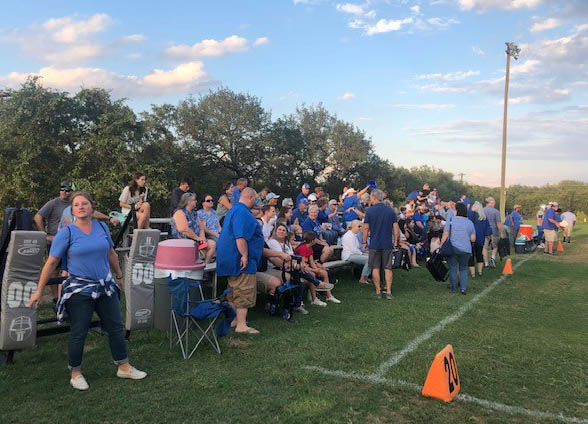 Said player E.D., “There are no words to explain how good it made me feel to have supporters on my side, after so many years of feeling the odds are against me.”

“I enjoyed how they cheered for us.  It helped me keep going,” said player H.V.

“It made me feel good,” said player A.G. “It made me want to keep playing and not give up.”

There was in the stands that night a mother with two young girls, who were cheering our guys on too. She said that their dad had served time at the Texas Youth Commission, TJJD’s predecessor agency.  Her youngest daughter, Skylee, had wanted to come for that reason. “That could have been my dad out there,” the girl said.

It was sweet watching these community members cheer for our students.  It meant a lot and we want to offer special thanks to Bulverde Baptist and Bracken Christian School members for making this event so memorable for our students.