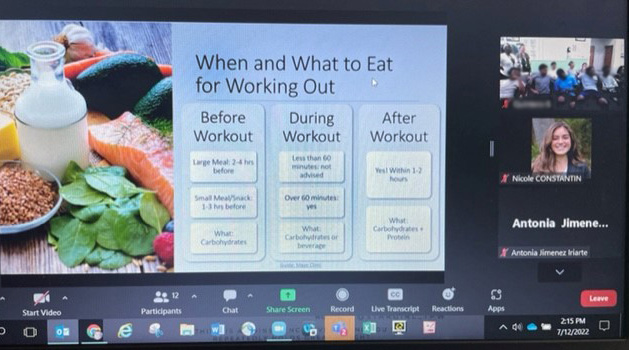 Dell Computer Corp. reached out to help youth at TJJD this summer, making a generous donation of 40 laptop computers, but contributing an even bigger, especially precious resource -- the time and energy of dozens of college interns.

These interns put their minds together to come up with fun life skill programs that they presented as webcasts to youth at TJJD halfway houses -- Ayres, in San Antonio; Tamayo, in Harlingen; Willoughby, in Fort Worth; Schaeffer, in El Paso, and Karyn’s House, in Montgomery County.

Their creativity was endless. Want to know how to build a “personal brand,” take better care of your skin, prepare for a hiking trip, practice beginning yoga poses or make a granola bar? The interns had an interactive workshop that explained how.

All told, the Dell group of more than 100 college interns came up with 48 life skills/self-improvement modules or programs that they either provided to TJJD youth on a digital format or livestreamed to the youth at their halfway houses.

Presenters shared their special skills and knowledge, but also talked about their hardships and how they overcame disabilities, said Siddhesh Dabholkar, a digital strategy advisor at Dell and the primary organizer of the workshop program along with co-coordinator Lily Sinclair.

They brought the whole project together by enlisting young adults working at Dell who belong to the community service group, Dell Grads Give (DGG). The DGG members coordinated and advised the Dell interns, making sure all the program topics were relevant and appropriate.

The Dell interns, meanwhile, devoted a bit of time each week to the community service project. In July, they presented several of the workshops to TJJD youth who had signed up for the sessions.

“It really got people talking and sharing, and that means the world to me,” said Dabholkar. 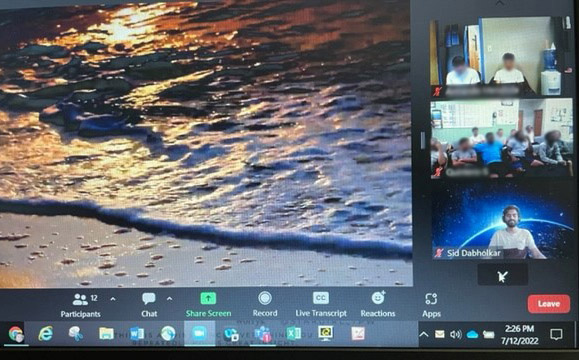 The youth on both sides of the screen related to each other, Dabholkar said, and that created special moments. He said he was struck by how open the interns were, sharing personal inspirational stories that resonated with the youth at TJJD.

The TJJD teens could relate to the young presenters, just a few years older than themselves, and the Dell interns got to experience something “really meaningful that went beyond the scope of their daily work at Dell,” he said. Dabholkar and Sinclair became so involved, they each went through the training to become TJJD volunteers.

Garza and her volunteer coordinator counterparts at Willoughby and Karyn’s House, Denise Caldwell and Jennie Williams, had laid the foundation for the program, proposing the workshops to the Dell employees during discussions about how Dell could help support TJJD youth.

“They had the idea for the workshops,” Dabholkar said. “So we took that idea and we knew there’d be interns coming in and we thought, ‘what a good way for them to work’. They could create the workshops.”

The project checked several boxes for TJJD – it connected the youth with community helpers, provided worthwhile training and allowed them to complete trainings they could include on their resumes, Garza said. 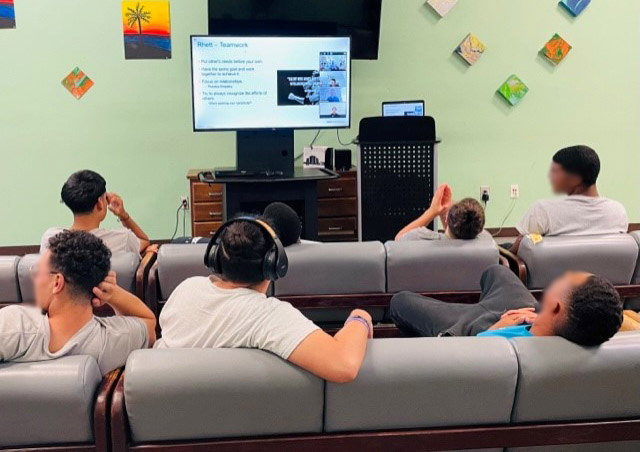 “It was a wonderful project and we’re so grateful to Sid. He was awesome,” Garza said.

“The interns were amazing,” Caldwell said. “They were young energetic and so excited to share this stuff with our kids, it was great. I would love to do something like this with Dell every year.”

TJJD youth on parole and at TJJD’s other halfway houses, Tamayo and Schaeffer, also were invited to attend the sessions, which Dabholkar is now committing to digital files so they can be viewed over time at TJJD facilities.

And now about those computers. This $8,000 worth of electronic manna from Dell, will be used in a variety of ways by halfway houses and parole offices to help the youth as they prepare for jobs, further education and their life back home.

Some of the computers may be used for incentive programs for the youth at halfway houses or on parole supervision and  Ayres House plans to set up a mini-lab of computers, Garza said. That will enable the young people to more easily manage their transition back to the community by completing occupational certifications and creating resumes.

The details of how the computers will be put to use, though, are still being worked out.