Education Director Luther Taliaferro, who is retiring, brought a unique background and no-nonsense approach to the job

It probably won’t shock anyone to learn that TJJD’s Sr. Director of Education, Luther Taliaferro, promotes schooling as a key to success and harmonious reintegration for the young people at TJJD.

“The more education we can give these kids, the more options they’ll have in terms of their community,” he often says. 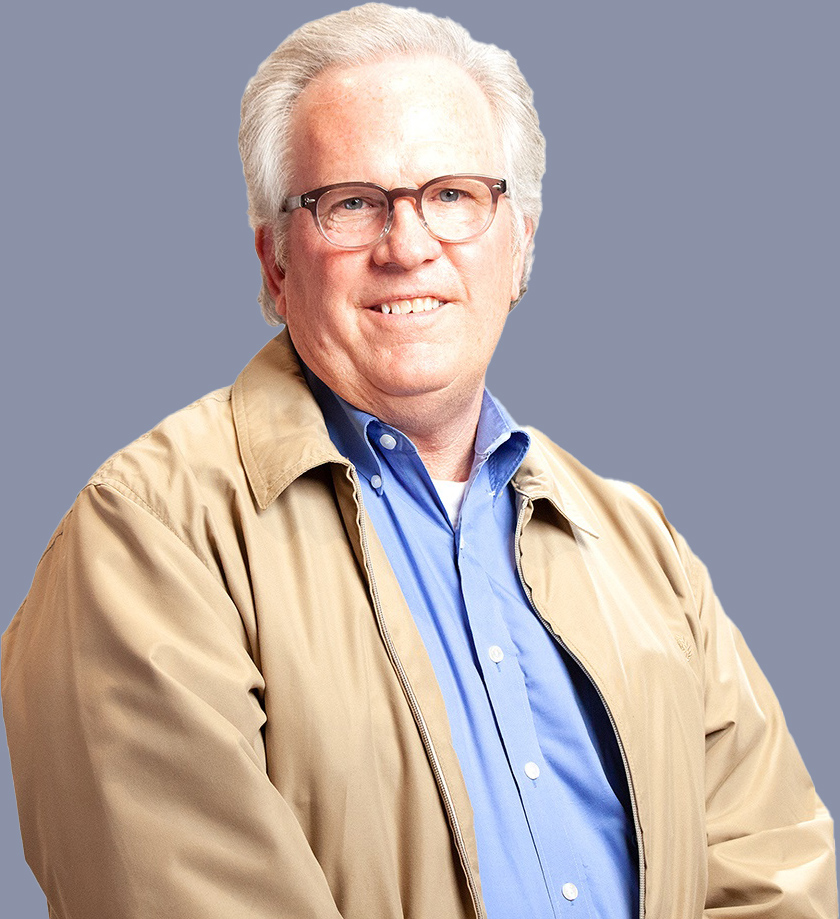 arning needs and styles – is the key to reaching TJJD students.

What may be a bit surprising, though, is just how much Taliaferro’s varied work life, which has taken him on three distinct career paths, is a virtual testament to just these things -- prizing education and keeping flexible.

Taliaferro, who recently celebrated 10 years at TJJD and will be retiring this month , started his career as a police officer in Tyler, near his small hometown of Arp. (We’d never heard of it either, but a map confirms it’s there in Smith County, just east of Tyler.)

He enjoyed law enforcement and was well qualified with a degree in criminal justice from the University of Texas at Tyler. But after six years as a police officer, he departed for a business opportunity, managing a car dealership in Dallas for the next 12 years.

When the dealership was sold, Taliaferro transitioned again, this time into education. He studied for and secured his teacher’s certification. He went to work for nearly eight years in Wills Point, teaching business and computer skills.

He returned to school himself and earned a master’s degree in Education Administration from Texas A&M Commerce, enabling him to move up to principal jobs in Quinlan and then New Summerfield ISD in East Texas for the next seven years.

In 2012, he left his beloved home turf of East Texas to join TJJD as Assistant Superintendent of the Education Department, a job that united his background in criminal justice and education.

“Sometimes to move up, you have to move out,” he said. “I wanted to move up to a central office administration as a superintendent and this opportunity afforded me the chance to do that, and it allowed me to help kids that probably need help more than anyone.”

Taliaferro moved to Austin, where he lives with his wife Vicki Andrews. They have five adult children and 12 grandchildren, who keep them busy on weekends.

His co-workers say Taliaferro’s heart for TJJD’s kids combined with a relaxed style created his successful tenure at TJJD.

“Luther has been great to work both for and with. He’s got an easygoing but no-nonsense demeanor and is excellent at communicating and supporting his staff,” said Steven Van Nest, principal at Lone Star High School South at the Evins campus, in Edinburg. “He’s a strong advocate for Education and his steady hand has kept us moving in a positive direction.”

Lori Thorp, Professional Development Coordinator for the Education Department, has worked for Taliaferro for more than five years and values his leadership because he’s engaged, consistent and trusts his staff.

“He’s there when I need him and available when I have questions, for those of us at Central Office and the campuses. But he does not micromanage us, he stays out of our way and lets us do our job,” said Thorp, who oversees training for staff and STAR tests for youth. 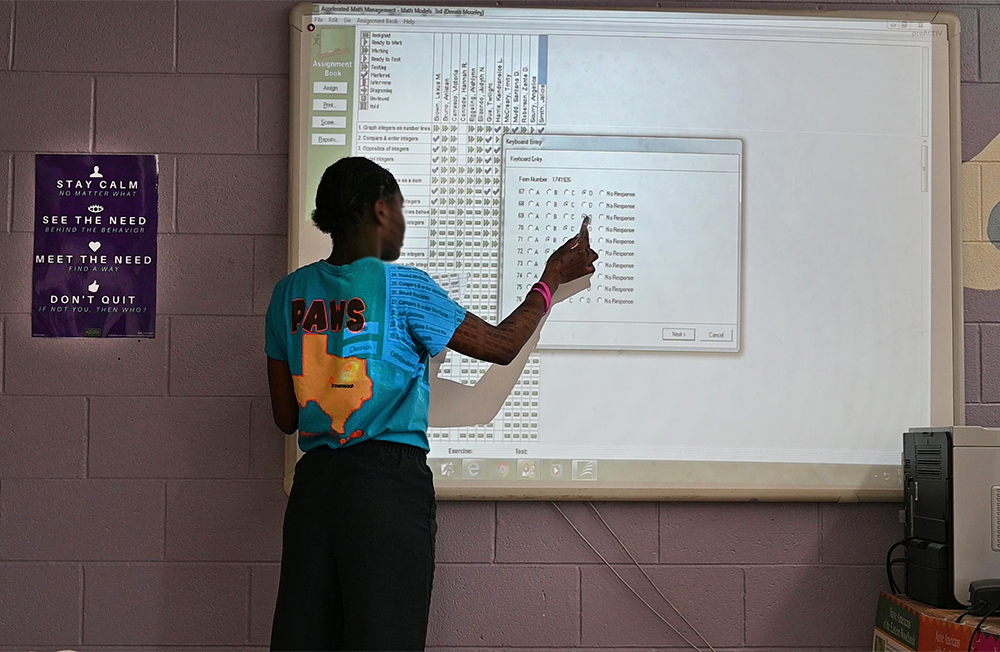 As the Superintendent of TJJD’s five schools, one at each of the agency’s five secure facilities, Taliaferro found himself leading a critical effort to help the youth recover school credits and move forward after difficult years in which they had been, for varied reasons, ill-equipped to pursue their studies.

“The one thing that stands out is that the kids who come to us are a little further behind than kids in ordinary schools. School had not been a focus in their life. We do our best to focus them on school and obtaining either a GED or a diploma or certifications in industry and business,” Taliaferro said.

The TJJD Education Department also does its level best to “give our kids the experience in school they would receive if they were in the community,” he said. That means the schools offer the same curriculum endorsed by the Texas Education Agency and used by public schools across the state. It means TJJD schools offer extracurricular activities such as football, basketball, track, and student councils. There’s also a full offering of vocational classes, such as welding, auto repair, horticulture, and woodshop, with corresponding certifications that the students can tout on their job applications.

Still, TJJD is a different environment, and Taliaferro advises the dozens of educators working in its schools that they must be flexible. If there’s one word that can lead to their success it is this, Taliaferro said. Being “hard-nosed” or adopting a one-way-or-the-highway approach simply won’t work in TJJD classrooms, where teachers encounter a wide variety of learning styles and differences that need addressing.

“We have to be flexible – just like in trauma-informed care – we can’t sit there as a teacher and be rigid and tell a kid ‘don’t get out of your desk’ or ‘keep that pencil in your hand.’ That doesn’t work -- it actually doesn’t work in regular public school -- but it really won’t work in our situation. With us, flexibility is the key to being successful,” he said.

Twice a year, the agency’s schools celebrate their successes, holding fully gowned graduation ceremonies awarding kids the high school diplomas or Certificates of Equivalency (GEDs) they earned while on campus. Parents are invited to eat cake and celebrate with their students.

But education at TJJD is not just books and sports. 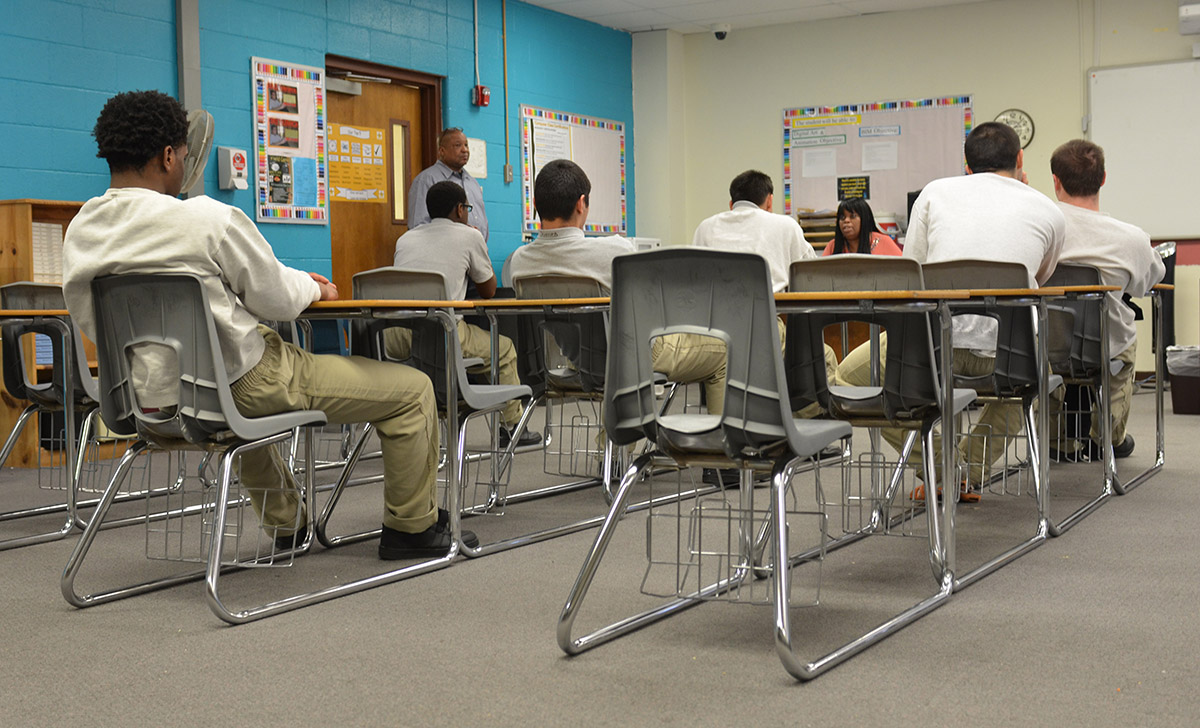 Taliaferro and his staff recognize that to succeed in school, TJJD youth must get help for other needs. As youth who’ve been adjudicated for felonies, they may need anger management or substance abuse treatment. Agency statistics show that TJJD students have higher than average mental health issues and need counseling to unlock their potential and clear a path for a better future.

One of Taliaferro’s proudest accomplishments at TJJD has been successfully advocating for and winning a split class schedule that created blocks of time in the school day for youth to attend their treatment programs.

“A kid who has problems has to receive treatment for those problems,” he said. “In addition, they need to get an education. Education creates options for them.

“I’m a big believer that education creates options for people.”