English students at Giddings State School are excited about a new pen pal program in which they’re exchanging letters with 8th grade students at a school in North Texas. 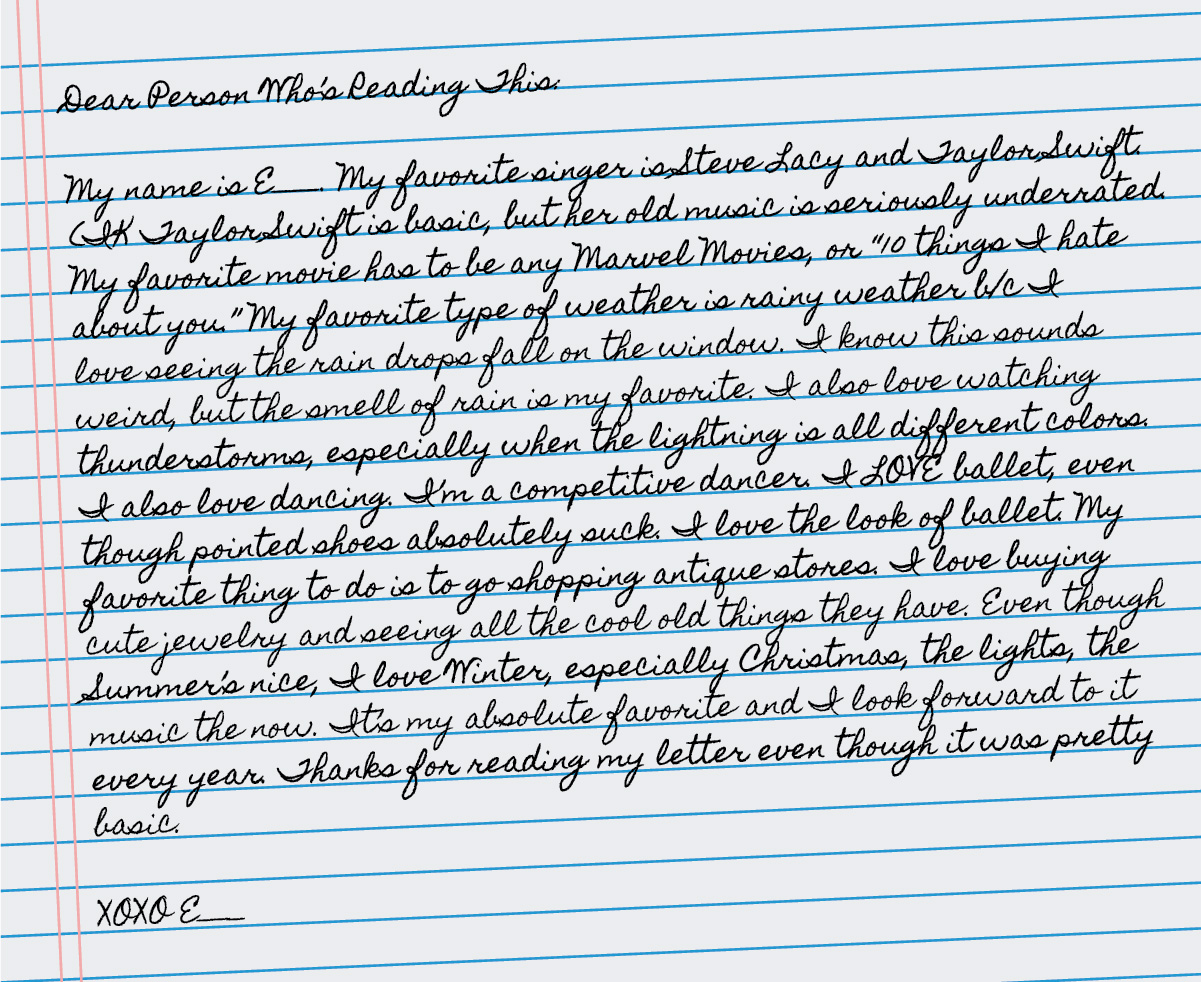 lass at Lone Star HS Southeast, are finding that the letter exchanges are a fascinating look into the lives and activities of other young people not so different from themselves. And wrapped around that is an academic challenge: learning the art of correspondence.

After reading through the first letters sent to them, the Giddings youth sorted out who they would choose as their “pal,” making educated guesses about what the North Texas students were like from details shared in the letters.

The Giddings students pondered these letters from fellow students miles away. They googled the songs and books that their pen pals had referenced.

“What does this mean?” and “What do I write?”  they asked Ms. Fowler and each other.

Then they sat down to compose their responses.

Some of the compositions were carefully, sometimes painfully, written, because the youth wanted to choose just the right words, Fowler said.

Having assessed their audience, the boys wrote about their favorite movies and books and games and shared interests. They really wanted the eighth graders to continue the communication, so some of the Giddings students closed their notes with a hearty “Write back!” 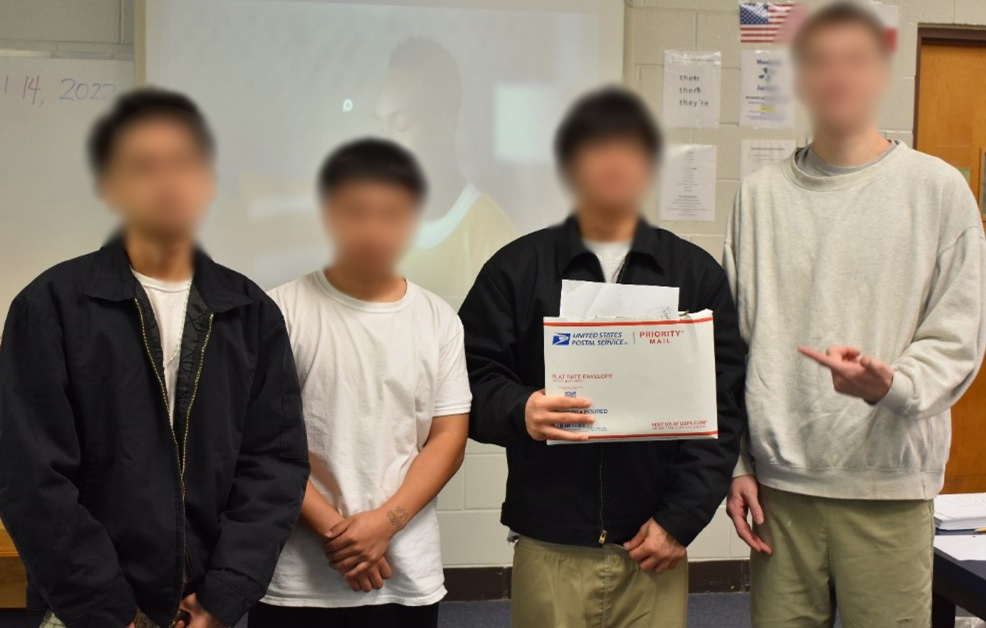 s’ youth), so one youth wrote seven letters to seven different students. And   the seventh letter wasn’t even to a specific person, but an “extra,” written in case there was an uncounted North Texas student in the class who hadn’t written in the first round and wanted to jump into the letter exchange.

Another student wrote three separate letters to different students, because he wanted multiple pen-pals. This was how immediately devoted the students were to this idea of the pen pal exchange.

The idea for the project came together at a recent teacher conference, when Fowler met an enthusiastic first-year teacher from the Northwest Independent School District (NISD) who suggested her eighth graders would like such a writing experience. She was searching for exercises that would have real life meaning, Fowler said.

In considering the project Fowler and the principals at Giddings State School recognized that this could resonate with the state school youth, some of whom don’t receive letters from home and others who would benefit from “meeting” kids 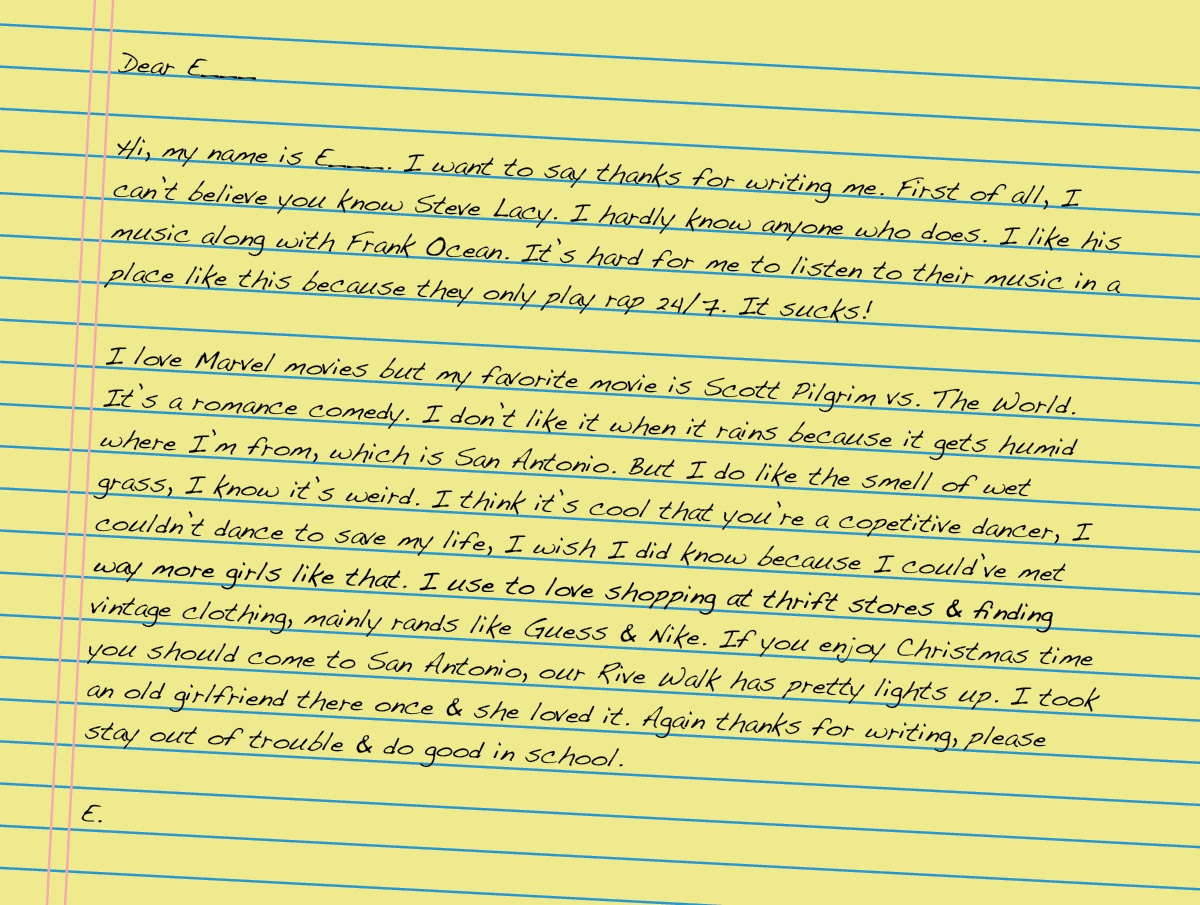 outside their usual circle.

“It’s nice when our kids have a chance just to be kids,” said Fowler, who's been at TJJD since 2016 and has taught at the secondary and college level for about 30 years.

The North Texas youth received their first letters from Giddings and were in the process of writing back in late April while the students at Giddings State School eagerly awaited the mail.

(Top left: A letter from a student in North Texas. Bottom: The reply from her penpal at Giddings State School.)