In 2006, Robert French signed up to serve as the assistant principal at Giddings State School. He’d already enjoyed a robust career in public education as a teacher, guidance counselor, principal and ultimately, the superintendent of first Fayetteville ISD and then Giddings ISD.

He had nothing to prove, but more to give. 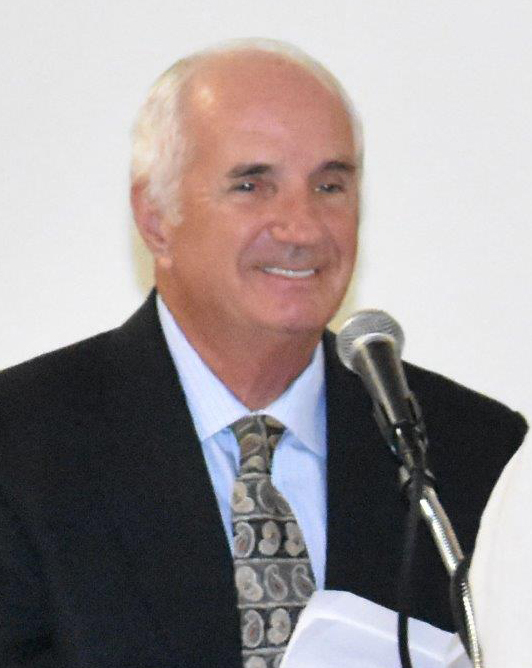 So, Mr. French strapped in for 15 more years, this time at Giddings State School. And those years didn’t disappoint. They unfolded to become among the most meaningful of his 52-year career, which he celebrated last week with his retirement from TJJD.

French estimates he met with some 3,000 or more students, youth who’d been committed to TYC/TJJD, over his service at Giddings State School. They shambled into his humble office just past the life-size mural of the school’s blue mustang on the painted cinderblock walls of the school lobby. They arrived for their school orientation visit, forlorn, self-doubting, uncertain, and sometimes, unreceptive.

As he saw it, the students he met had done bad things, but they weren’t bad people and they needed help. “Most all were under the influence of alcohol, drugs, or both when they committed their crime. They feel terrible about themselves and what they have done . . . and they see no hope for the future.”

He tried to provide a measure of hope. He told them they could succeed. He showed them some respect and kept in mind “who they may yet become.” And after their orientation talk, he tried to stay connected.

“This man went above and beyond the call of duty on a regular basis and could be seen roaming the campus and talking to kids, teachers, staff, and visitors every day,” Fischer said. “Mr. French made connections with nearly everyone he came across, taking time to get to know people and provide his support.”

“I have never met a person with the work ethic of Mr. French,” said Dennis Smith, who served as principal alongside French at the state school’s Lone Star High School.

“He rose early to ‘do his chores,’ including feeding the animals on his and neighbors’ property. He arrived to work early to make sure the school was open for the staff and students. He greeted all staff and students as they came in, and if the staff was already there, he would go room to room and offer each of them a greeting,” Smith said. “He did this every morning.”

“Anyone who was around him knew very quickly that he lived to help people,” Smith said.

A soft-spoken man whose unassuming ways belied his big career and impeccable credentials (Baylor and Prairie View A&M degrees), French took an understated approach with the youth. He enjoyed that friendly contact in the halls between classes, offering a quick encouragement, and getting “an acknowledgement” from each student, each day, he said.

Each day brings a new opportunity

He treasured the students’ successes – many did go on to build better lives -- and lamented that some had trouble rebounding from their early stumbles. He saw that some of the youth burned with an anger that hampered their progress, and watched a number go on to adult prison, though not before French and colleagues tried to reach them.

If he could not break through, French would look for someone else on staff – a Youth Development Coach, case worker or counselor – with whom the youth might better relate. “They will usually respond to someone if we keep trying,” he said.

Though he’d overseen whole school districts, French followed a philosophy that an educator should focus on the student in their immediate field of view, and soldier through the barriers they erect. He expanded on this in a letter to his sons, Denton and Lee, last week, reflecting on his career at Giddings State School. In it, he paraphrased Mother Teresa:

Students are unreasonable, illogical, and self-centered. Love them anyway.

If you do good, students will accuse you of selfish motives. Do good anyway.

The good you do will be forgotten tomorrow. Do good anyway.

What you spent months building may be destroyed in a matter of seconds. Build anyway.

A lifelong passion for helping kids

French remembers it well. He was a principal at Round Top elementary and his eldest son, Denton, was on the Round Top varsity team that was set to play the Giddings State School team.

The Round Top families weren’t sure what to expect as they were escorted to the gym on the Giddings State School campus. This idea of having the state school kids play the local teams was brand new, an idea promoted by Coach Sandy Brown and others at Giddings State School.

“The students and staff were so very kind and friendly as all eyes were on us as visitors,” French recalled. “I couldn’t believe these students were juvenile offenders. The game was highly contested, but everyone was on their best behavior and the sportsmanship demonstrated on both teams was excellent,” he said.

“That’s when I realized there was something special about this place.”

The next year, the Giddings State School team turned up at a Round Top/Carmine basketball tournament and French was again impressed with their sportsmanship. “Whether they won or lost, the students were outstanding, and I was even more drawn to them and the staff that worked with them.”

A year later, French found himself working in the Giddings ISD district and was invited to serve on the Advisory Council for Giddings State School. He became an informal liaison between the two school districts. And at this point, serendipity sort of took over. The district games continued to include the state school students, thanks to French, Brown and others. French left Giddings to be the superintendent at Fayetteville ISD, but he returned after four years to serve as the superintendent of Giddings ISD. He rejoined the state school Advisory Council, and ties between the community and the state school grew even stronger.

At the time, the Giddings State School lacked a GED testing center, so French arranged for the youth to use the Giddings ISD testing room one Saturday each month.

Next, he collaborated with GSS staff, such as then-Volunteer Coordinator Bill Bradbury, to broaden off-campus work and community service opportunities for the young men. “Students helped in numerous projects around town such as painting storefronts of businesses along Highway 290 and upgrading the ‘Welcome to Giddings’ signs,” French recalled.

One of the most memorable community projects brought the state school youth together with the local Lions Club to clear up an overgrown section of town property that had once been a wrecking yard and was strewn with car parts and glass. The Lions provided the gloves and the youth worked alongside community adults for several Saturdays to create an area that’s now “lush and green” and serves as soccer fields and for tee-ball at Veterans Park in Giddings, French said.

The project helped solidify goodwill between the school and community that has extended forward through the years, he said.

“Our students have made some bad choices and committed crimes but that’s not who they are,” French said.

“They are just kids who succumbed to negativity to get that which all teens desire: love, acceptance, and happiness. This negativity, peer relationships, and often the use of alcohol and drugs fueled criminal thinking which led to the horror of that which they have done. They hate themselves for this weakness that led to their crimes and have a hard time living with themselves.”

Photos: Above, French at a graduation ceremony; Lower right, French, chaperoning a Giddings football game, prays with the team in 2019.