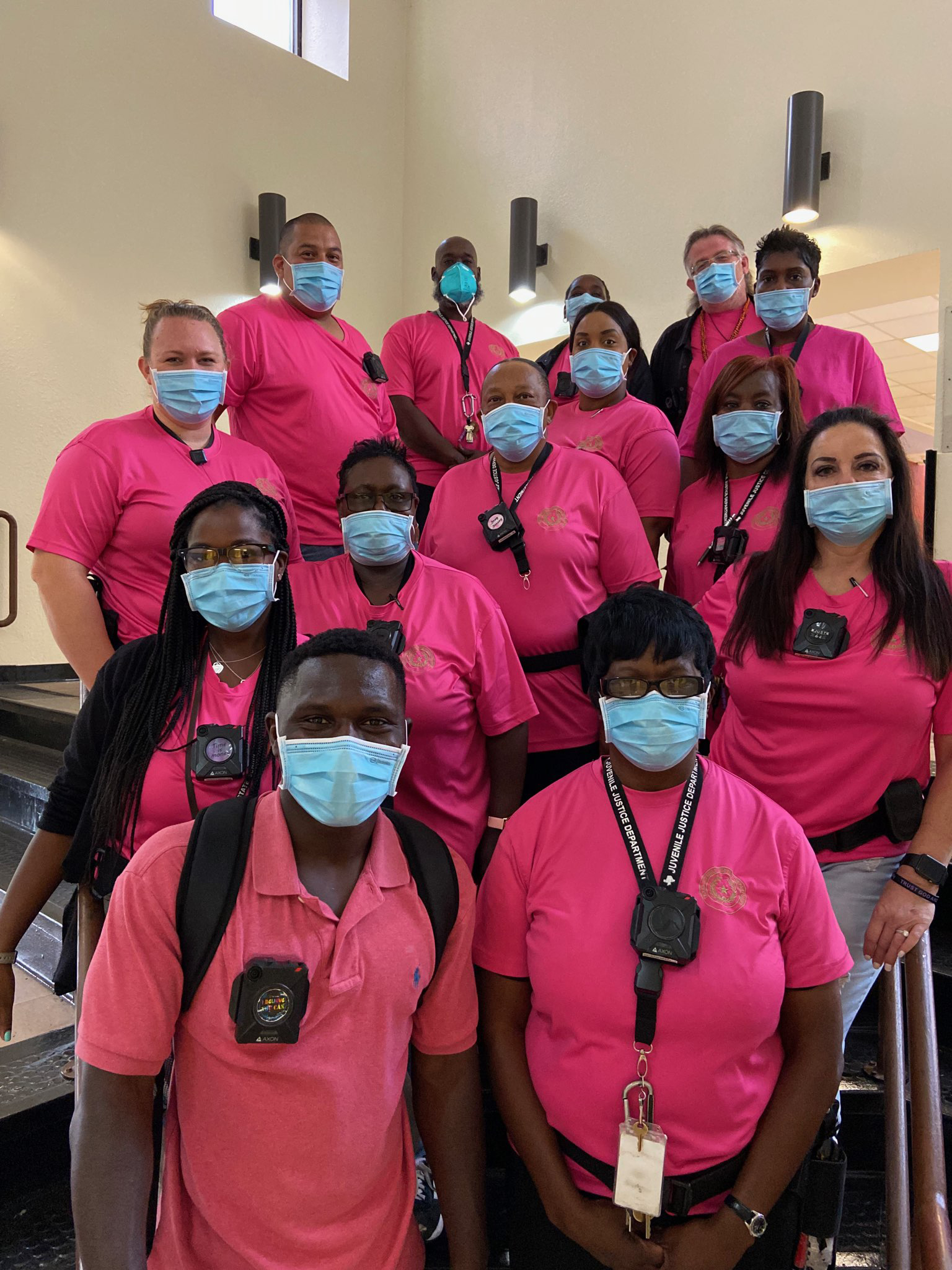 Over the past two years, the world has been focused on the coronavirus.

But that other “Big C” continues to afflict Americans in large numbers even as we fight a pandemic. Cancer is the second leading cause of death of adults in the US, after heart disease. And even though better treatments have meant cancer death rates have declined in recent decades, the disease still claimed nearly 600,000 lives across the US in 2019.

Gainesville State School, where some staffers have recently lost loved ones to cancer and others have faced the disease themselves, is raising awareness about cancer by encouraging employees to wear pink shirts on Wednesdays.

By making this statement every week – not just in October when wearing pink signifies breast cancer awareness – it lets our staff know they have support as they deal with this disease, said Team Leader Michelle Watkins, who came up with the plan.

“I just want our staff to come together as a team and feel comfortable with each other, or even feel comfortable talking about it,” Watkins said. “It’s hard to talk about, but it’s very real and we have to acknowledge it.”

TJJD’s direct care workers are trained to leave their cares at the gate, so they can devote full attention to youth who’ve been traumatized. But when a staff member is going through a particularly hard time, they could use some extra support too, said Watkins, who oversees sexual offender treatment dorms.

Coping with cancer, or the loss of a close family member, is hard on the best of days, she said, but it can be a special challenge when your job is to provide support for others.

“It’s hard going through your own struggles, and you come to work and have to deal with troubled youth who’ve had trauma for years and years.”

“We need to let staff know ‘I care about you’,” she said.

Watkins started at TJJD in 2020 and after previously working with youth as a mental health counselor in Illinois. She too lost a family member to cancer, having to say goodbye three years ago to a cherished aunt.

She hopes Pink Shirt Wednesdays will catch on and become one of many more morale boosters that staff create to support each other.

“Everyone was very welcoming of it,” she said, especially once they realized she could order them a pink shirt from their allotment of work shirts. About two dozen employees are participating and more are asking about the program, she said.

“It’s a small gesture,” she said, but serves as a start on building relationships and showing staffers the same “felt safety” that they are trained to create for TJJD youth.

“This was to build our staff up and let them know they are appreciated, and we are a team,” Watkins said. “Teamwork makes the dream work.”