The list of women serving with distinction in state government is long and impressive—from executive directors of agencies to entry-level staff members looking to make their own mark serving the people of Texas.  On Tuesday, one such rising star from the Texas Juvenile Justice Department will be honored with the Outstanding Leadership Award for 2020 from the Governor’s Commission for Women. Shandra Carter serves as the agency’s deputy executive director for state services, and she has played a key role in the agency’s reform efforts since she joined TJJD in 2018. Carter agreed to answer a few questions about the award below. If you’d like to watch the virtual ceremony on Tuesday, June 8, at 11 a.m., register at this link: https://bit.ly/3m6g7Me 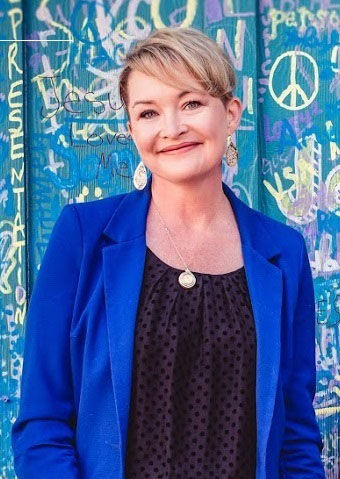 Congratulations, Shandra, on winning such a tremendous award for your leadership at TJJD!

Thank you so much. The award is an honor, but it’s not just about me. I see it as a representation of the work of my entire team. They make my job fun and easy and rewarding—and they are the ones who are moving critical reform efforts forward because they believe in the work and our youth.

Can you talk a bit about your responsibilities at TJJD?

As the deputy executive director for state services, I have a fairly large piece of the pie—anything that relates to direct care, treatment, programming, and education for the youth in our care is my responsibility. However, I’ve learned that the benefit of having those areas under one person is that it allows me to connect the pieces of the puzzle. Rather than having the departments in silos, I can look at the big picture and figure out in the continuum what is the best interest of our youth overall.  The most exciting responsibility I have is moving reform forward and weaving the Texas Model through all these departments.

You have been instrumental in rolling out the Texas Model, which is key to the agency’s reform plan. How would you explain that to someone?

I think it’s important to recognize that the Texas Model isn’t about program implementation—it’s about a culture change in how we interact with our youth. When I joined the agency, I knew I was signing up for something that would take time: it would absolutely be a journey, not an event. To help people move from a traditional correctional approach to an approach that is trauma informed—one that is relational, that has connection as the foundation, that sees the need behind problematic behavior--would take a lot of training on fundamentals of neuroscience and trauma. Once those seeds were planted, we could begin implementing new strategies, new skills, and new processes to align with those concepts. Our system is unique in that it is very large and there is not an existing correctional approach that we can cut and paste. It feels a little bit like building the plane in the air, but I’m proud of the success that we have shown. The feeling was, and still is, “Hey, team, let’s figure this out and build something amazing.”

Where do you see signs that the Texas Model is working?

I think that happens often now, which is super exciting. We have so many energetic people spread across our system who believe in our reform efforts.  Every day new ideas and initiatives are being created without my input.  Our staff is coming up with new approaches, interventions and programs on their own to help our youth in ways that are in line with the Texas Model, and for me that’s like a receiving a gift.

How has your view of leadership changed since you joined TJJD?

My time here has certainly deepened my appreciation and respect for our direct care staff. I started my career as a direct care staff in a juvenile justice setting and have not forgotten what it’s like. We have some warriors on our team. We have people at our facilities who work harder and are more committed than I could hope for. They show up and give 100 percent on behalf on these youth, and they keep doing it because they care. We are fortunate to have those people. They are our MVPs.

Given the profound challenges of the past year, how would you sum up the agency’s progress?

Despite COVID, despite forces of nature like winter storms, despite labor shortages, our staff remains dedicated to our mission. Reform is happening, and we are still experiencing great successes. We don’t have a magic wand but we are seeing the progress, we’re gaining momentum, and it’s making a difference. That is why we are all here--to make a difference.