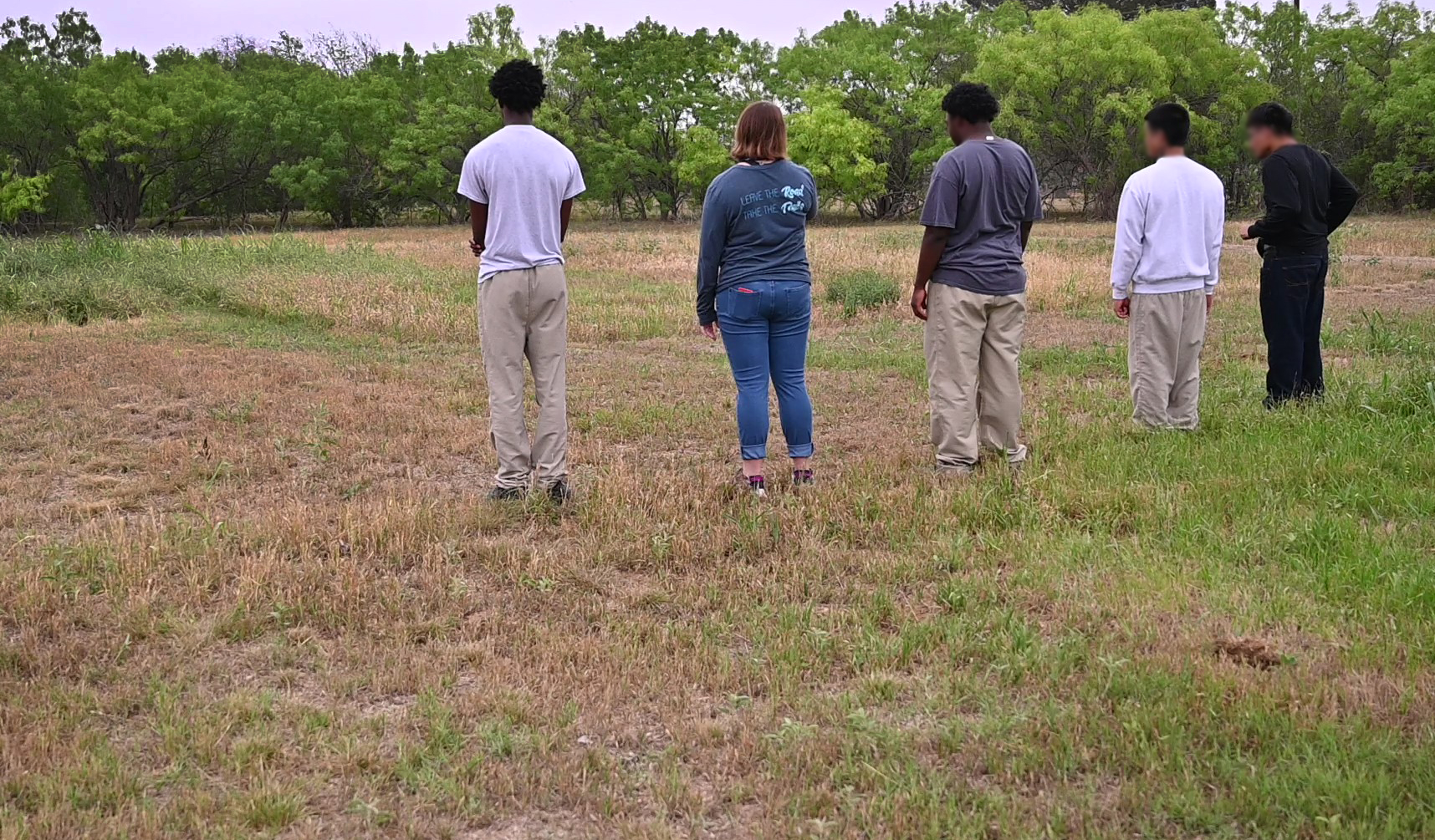 A split second, even a minute, can make such a difference in life. Did you make the right split-second decision? Are you able to slow down in the heat of the moment and consider the big picture? Can you envision the outcome of your next move and stop to regulate the emotional response rising within you?

These are considerations for everyone, especially young people, such as those at TJJD, who are learning to temper their reactions and make better decisions.

It is not necessarily easy. Youth who’ve experienced multiple and complex childhood trauma typically have difficulty regulating their emotions. Raised in uncertainty, often against a background of neglect and abuse, their fight-or-flight responses took over. They needed to survive.

How does one step out of that hypervigilance to adapt to regular life? Like many in the juvenile justice/mental health fields, Ellen Stacy, a master’s candidate at Texas State University and intern at Ayres Halfway House, thought that meditation and mindful practices could be part of the answer.

She proposed that young people could lower their stress levels and moderate their responses to challenges by learning meditation techniques. But unlike other programs that take can take hours to explain and learn, Stacy developed a set of flexible practices that juvenile offenders could adopt on the spot.

She felt strongly that the program needed to be portable and “something very simple that doesn’t take any understanding of science or psychology to understand and it’s tailored specifically to their needs.”

Ayres House in San Antonio was the testing ground. Every Tuesday and Thursday morning for several weeks this spring, Stacy led two separate groups of youth into a field behind Ayres House. The site is within clear view, just a few yards from the basketball court and picnic tables, but relatively quiet save for the chirping of birds and the occasional hum of planes flying overhead. 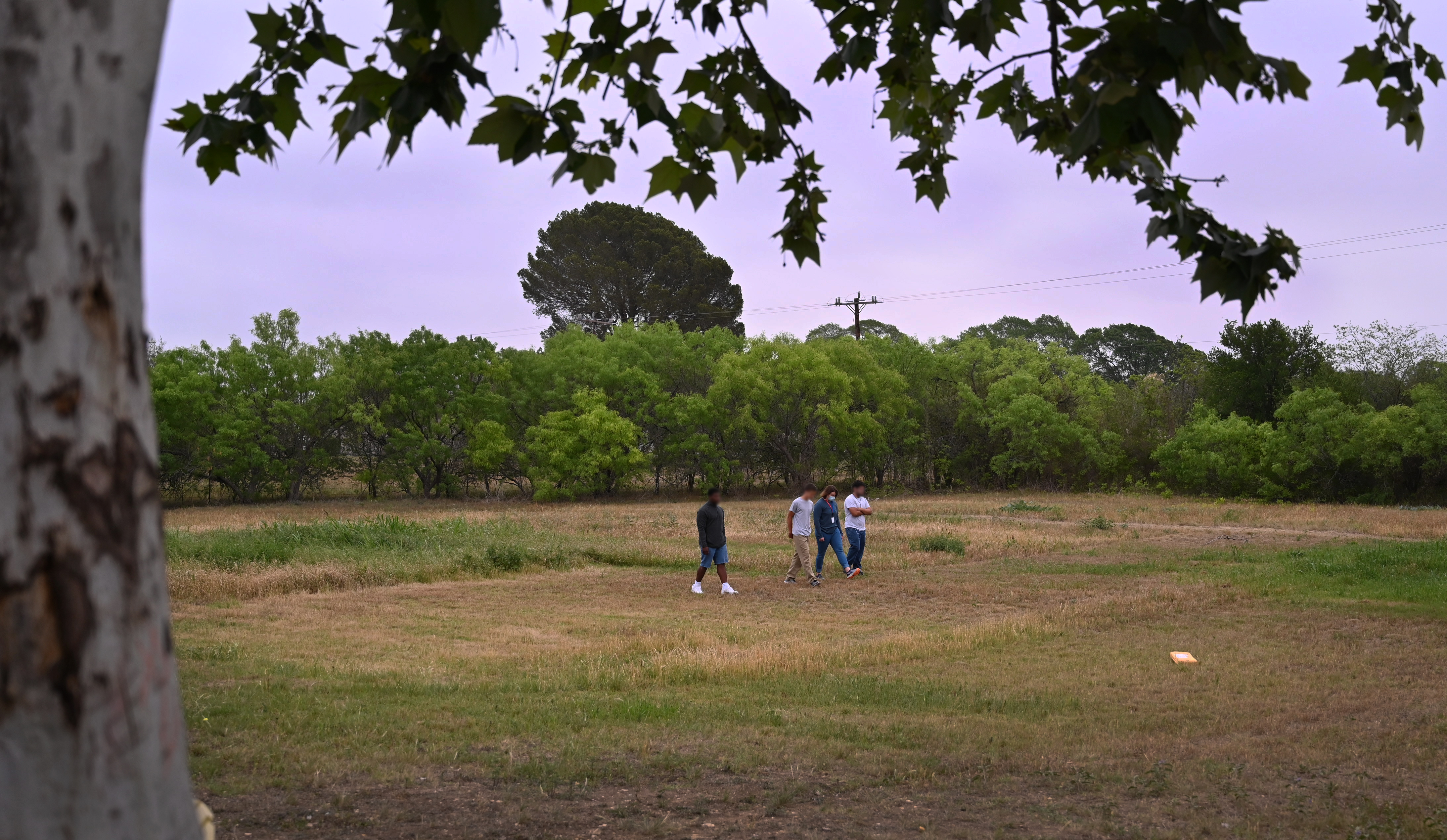 As a group they would do a few short sets of deep breathing followed by a cadenced walk -- a routine the youth could use later, wherever and whenever they needed to step out of a difficult situation to calm themselves.

Stacy discussed the concepts with them and explained that mindfulness is a state of being they can access at any time. Indeed, they already know what it is, she told the boys. Think of making a free throw in basketball, “you are highly focused and in the moment” -- that is how you’re able to hit the basket, she said.

“You can learn to do the same in life.”

At the end of her study in May, Stacy collected the “before” and “after” comments from the boys and assessed the trial run. She concluded that the youth would be receptive to an ongoing mindfulness program, whether it was led by staff or volunteers, and that they’d like to learn even more mindfulness techniques.

“I think it could be successful because there is already a lot of research showing positive improvements in stress management, emotional awareness, and impulse control for youth in various settings,” she said. “There is not much research yet that shows the same or lasting effects in youth offending populations, but I believe with the right modifications that make mindfulness simpler and easier to do once released, youth in TJJD care can share these benefits and hopefully have better outcomes/lower recidivism rates.”