Seven lucky TJJD youth got to play a popular video game, Among Us, with two NFL players Adrian A.C. Colbert, a free safety with the New York Giants, and Raheem Mostert, a running back with the San Francisco 49ers.

The live streamed event, on Jan. 19, marked the launch of 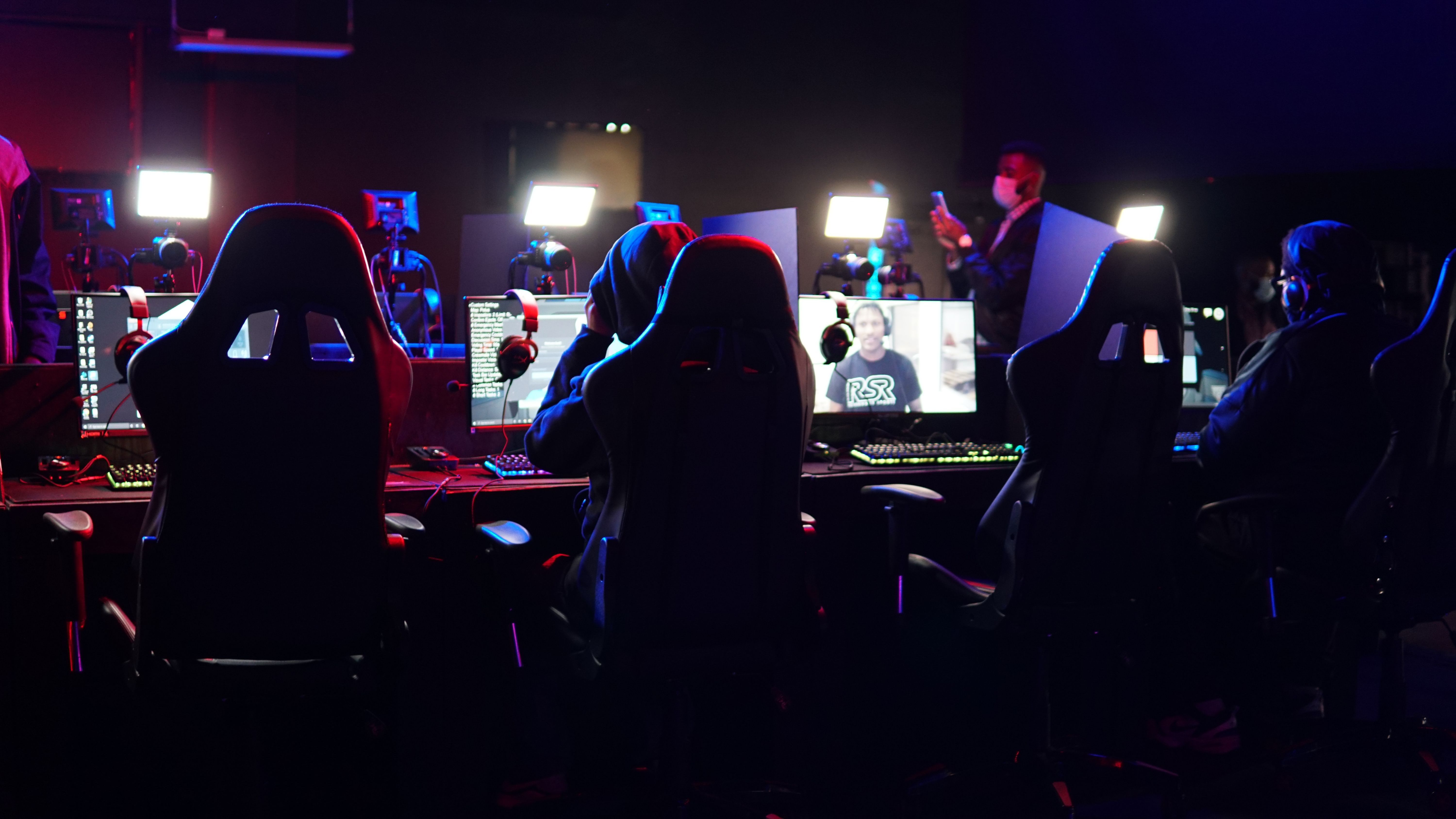 a fundraiser by the non-profit foundation, Esposure4All, which plans to donate an Esports Learning Center to be installed at TJJD’s McFadden Ranch Halfway House in Roanoke.

The foundation’s goals are to help educate and empower underserved youth by providing experiential learning and fostering opportunities in the video gaming industry. The gaming room at McFadden would equip the halfway house with computers and software for game play and education in video arts.

“This initiative with the Texas Juvenile Justice Department is truly just the beginning. Esposure4All is here to open doors and empower youth to see opportunities in the emerging world of Esports,” said Brittney Seals, Executive Director of Esposure4All. “We’re excited to build on this launch effort by providing ongoing educational resources to TJJD and additional partners in the future.”

Esposure4All is the charitable offshoot of Esposure, an esports and video technology company. Both are based in Desoto, a suburb south of Dallas. Last week’s event was set up at Esposure’s gaming center, where a few employees helped facilitate the games between McFadden youth gathered at the center and the football celebrities, who played remotely. Everyone at the center wore masks and socially distanced. The boys received headsets and t-shirts donated by Hyper X for the event.

The educational opportunity presented by the new partnership aligns well with the mission of TJJD to help youth succeed in life, said Marketa Johnson, Superintendent at McFadden Ranch. 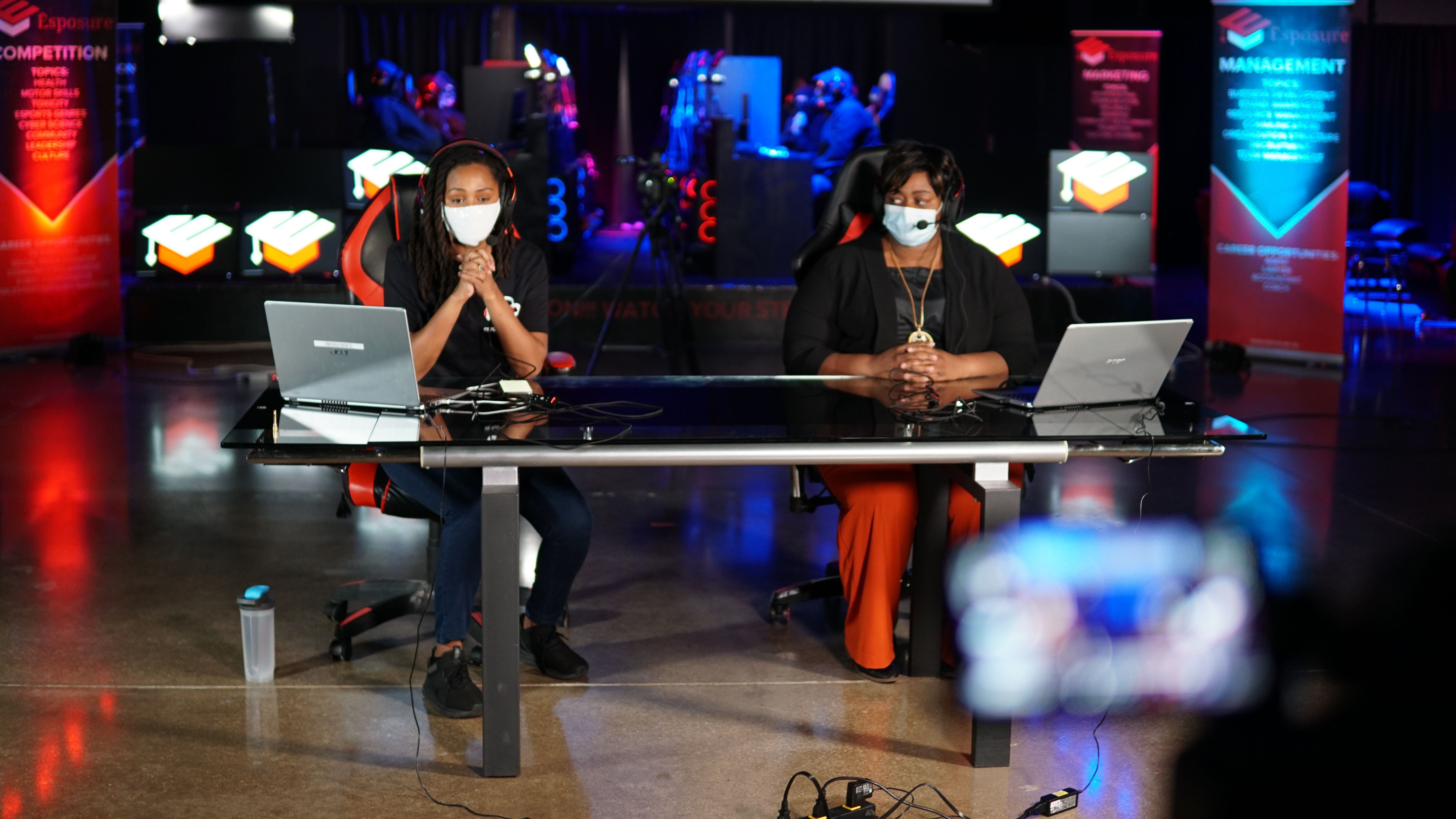 re,” she said. “We are so grateful to Esposure4All for providing this unique, engaging experience that allows our youth to explore opportunities in the Esports industry.”

Not to mention the fun they had when the seven youth and staff visited Esposure’s gaming arena in Desoto, Texas, where, before the gaming experience, the youth toured the Center and heard motivational and inspirational words from Esposure Co-Founder and CEO, Danny Martin as well as the two NFL players.

Masked, wearing sunglasses and hoodies, the youth initially intimidated their football opponent players, by winning the first round.

However, the tables turned and with much trash talking, laughing and strategizing, the players came back and won the rest of the games. It was obvious everyone had a good time.

It was great to play against them (the NFL players) because we (the youth) came together and worked as a team,” said J.B..

J.F. said he was “grateful for the on 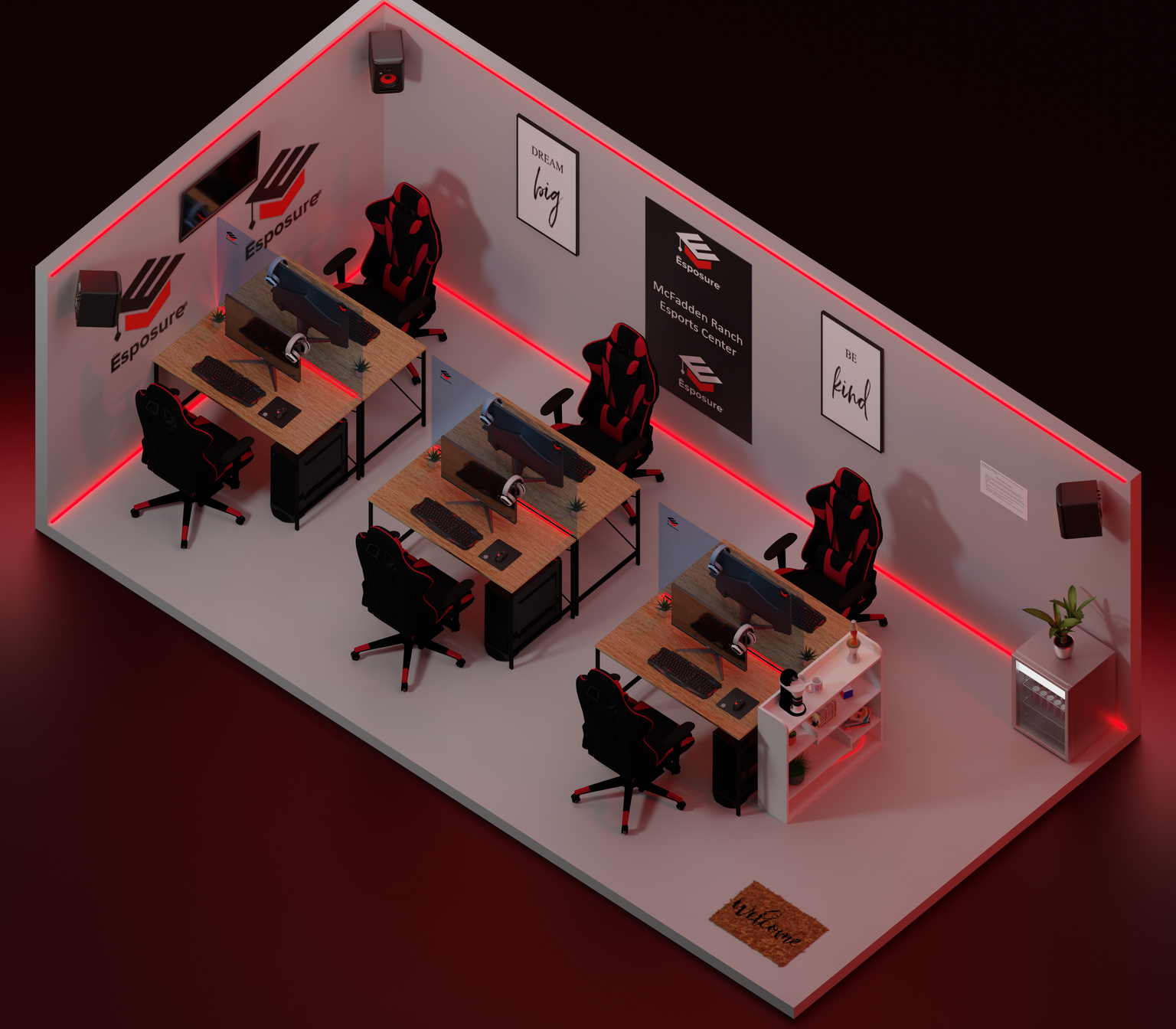 ce in a lifetime opportunity. I’m really thankful because this means something to me and I’m going to take it to heart.”

“It was amazing,” said N.G. said, “We connected with each other, an unbelievable experience. It wasn’t just about the game. It was more about the opportunity to meet key people in the industry, being (in) a state-of-the-art facility with state-of-the-art equipment, from chairs to headsets and large screens. Plus, we met key people and actually played against NFL players and each other.”

NFL player Colbert shared his story and answered questions from the youth, encouraging them to “be 100% and not half-a**. I’m keeping it real!” he said.

“Make sure it (what you decide to do) makes you happy. Treat people with respect and love. Serve others, too. I’m passionate about playing video games, playing football and helping others.”

Colbert said he grew up “super hard in Wichita Falls, Texas and could have been on the path to be in jail or dead. I had to remove myself from negative situations, you know, when you have to make the right decision and stop being a follower. Be a positive example.”

He said he has 14 siblings, and all of them - younger and older ones look up to him. 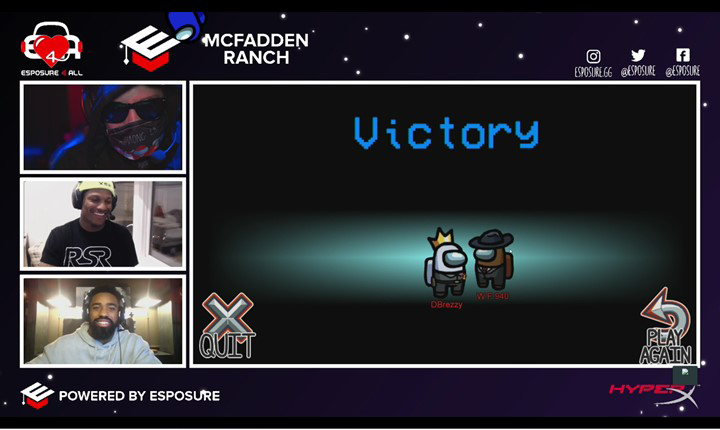 When asked the best thing about being in the NFL, he said: “It’s cool to live out my dreams of playing professional football, being financially stable and able to not only help my family but give back to my community, too.”

Raheem Mostert also counseled the boys to “always believe in yourself, and don’t doubt your abilities.”

He told how he had been cut from teams several times before he made the 49ers and achieved success. “Keep fighting that long fight,” he said. “It will be worth in in the end.”

Ultimately, the Esposure4All event, which also raised $71.00, was about creating the Esports Learning Center at McFadden Ranch. It will be equipped with six player PCs, gaming chairs, keyboards, mice and monitors and the youth will learn to play and learn about opportunities in Esports.

To learn more about Esposure4All and contribute to its mission, visit the Esposure website.