Tamayo House youth catch a whopper -- and a lesson

If at first you don’t succeed, try, try, try again. This age-old proverb would prove true, as frustration quickly began to overtake excitement during a Tamayo House fishing trip to Por 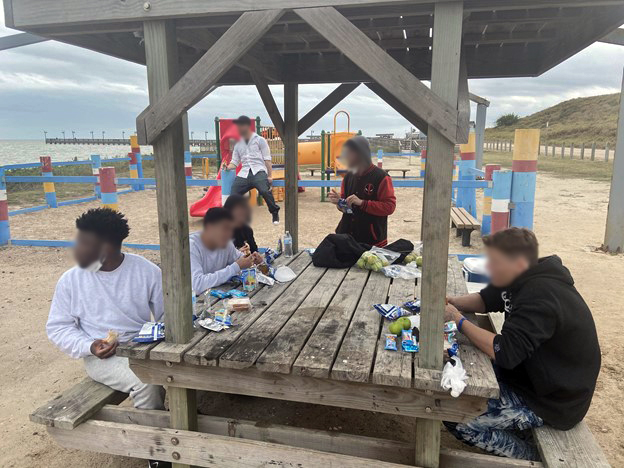 Youth Development Coach Arturo Guevara and myself supervised this special outing. That morning, almost cat-like, the youth hopped out of bed when they were told to get ready to go fishing.

Anticipation and excitement filled the air. We loaded up the vans, off we went. During the travel, the kids could not stop talking about this opportunity. Some mentioned that they used to fish a lot but that it had been a while since they had gone, and others said they had never been fishing.

Personally, I think it was great for either, the first-timers and those who were getting re-acquainted with fishing.

We arrived at an isolated spot that had been reserved for us – so that we could maintain the social distancing required at this time. We gave the kids precautionary guidelines/safety measures; set and prepped the equipment and threw in our lines.

Twenty minutes into this activity, few kids began to grumble, saying, “I’m not coming next time,” or “Don’t bring me -- this is boring.”

Others remarked, “We are not going to catch anything,” or “Let’s go back to Tamayo.”

Hearing this, I looked around an 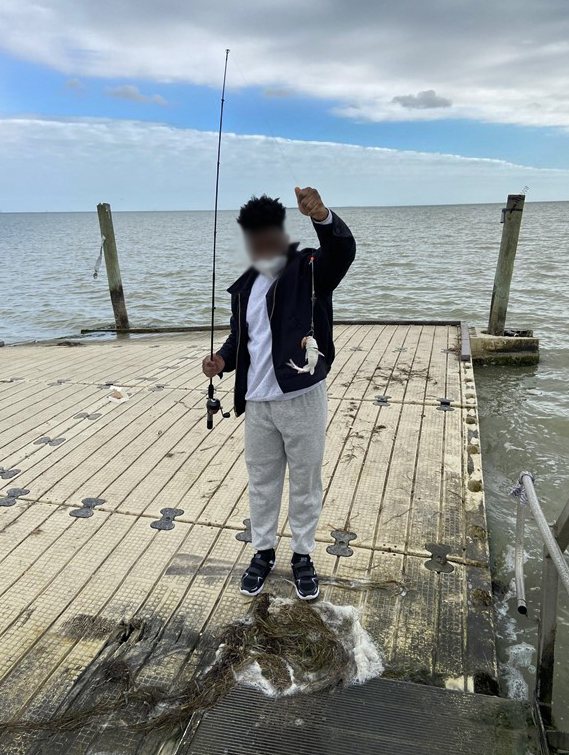 d saw a few youth still fishing, but one youth was all in. He was playing the sport the way it was intended to be played: patiently.

I went up to this young man and asked how he was doing.

He replied, “The fish aren’t here, they are over there.” He pointed to a nearby isolated dock that also had been reserved for us.

This youth and two others, from among the discouraged group, went to fish at the other dock.

Instantly, they caught a fish!

This fish, was too small to keep, and we tossed it back in. But you could feel the excitement creeping back.

Lunchtime arrived, so the kids left the fishing rods casted and we set up to eat near the van.

The kids were asking, “We’re not going to catch anything just that one little fish, right?”

I responded, “You know, there’s a Bible story, where the disciples were fishing, but their nets were empty. They were growing impatient, just like you all, when a man (Jesus) who was walking on the shoreline said, “Cast the net on the right side of the boat, and you will find some”

They did and their net began to fill with so many fish, that they couldn’t haul it in.

“So rather than thinking negatively, let’s look at where we are at as being the right side, just like the story,” I said. “And if we catch nothing else, we at least were able to get out of the house for a little while. So let's continue to enjoy this outing.” 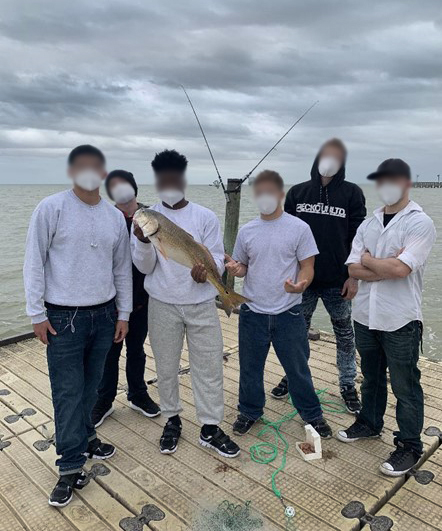 As we were eating, I took two pictures of the boys -- one as they began to eat, and the other picture capturing their reaction when they saw one of the fishing rods suddenly bending ferociously.

We all ran towards the rod, and sure enough, the boys had caught one. It took a little while to bring this fish in. They wrestled with it, let it get tired, wrestled some more, and eventually the boys won!

Ironically, the rod that caught the fish belonged to the kid that said that we were not going to catch anything, and to not bring him next time. And the one who reeled it in was the persistent kid who wanted us to go to this dock because he felt the fish were over here.

Ultimately, the group’s enjoyment reached an all-time high, and they wanted to know when we could come again. They had learned an important lesson, which is stated perfectly in Ecclesiastes 7:8. It says, “The end of something is better than its beginning. Patience is better than pride.”