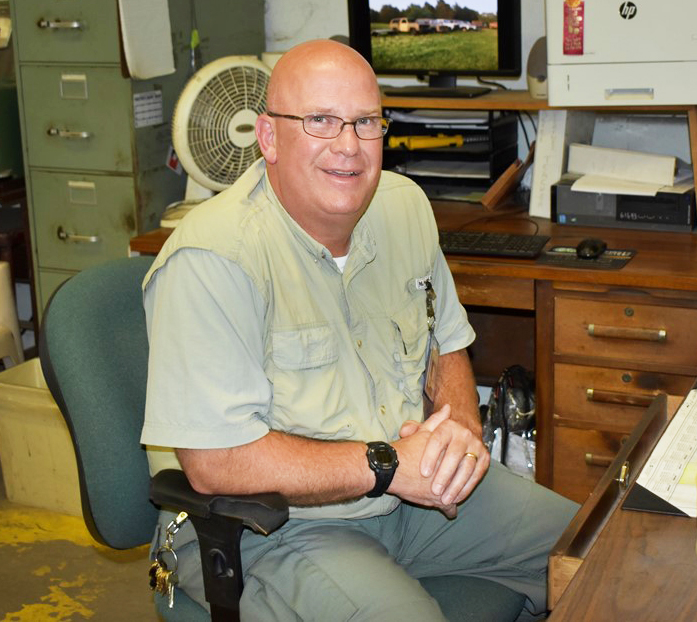 The greatest testimony to the dedicated people who’ve made careers at our secure facilities is the difference they’ve made in the lives of TJJD youth. Today, we take a moment to give a grateful send-off to one of those people, Timothy Barr, who served for 28 years in numerous educator roles at the Giddings State School.

Barr began his career at Giddings State School in 1995 as a teacher of Horticulture and Landscaping, before going on to teach Welding and moving on to Automotive Technology. In the middle of all that was a course called Diversified Career Preparation.

Diversified Career Preparation, he explained, “was an on-campus work program that the students had to apply to take part in. They got paid 50 cents an hour and did all kinds of work and repairs around the campus. We dug the 90-foot by four-foot-long jump runway for the track on campus. We hand-dug that, put the rebar down, and poured the concrete. We did all kinds of stuff for the campus.”

He said he’ll miss his coworkers “and most of all the students there who really want to learn.”

“The job itself is amazing,” he said, “when you have students who take advantage of being there and the second chances they get -- makes everything we do worth it.”

Barr said he really enjoyed the teaching aspect of the job with students who were eager to learn. “Watching them absorb and learn and progress and mature makes it worth it,” he said.

“Back when we had kids at Giddings until they were 21, they would be in vocational education for four or five years, and some of them still call. They took advantage of the chances they got while they were there. And they got themselves turned around, are now productive members of society, and they’re doing good,” he said.

He recalled one former student in particular. “He left back in 2009, he has his own business up in the Dallas area. He says he’s so busy, he has to turn his phone off to get any sleep. He’s super successful, and he’s hired other students that were in there with him at Giddings. He’s a great success story.”

We think Mr. Barr was something of a success story, himself. We wish him clear skies and happy trails.