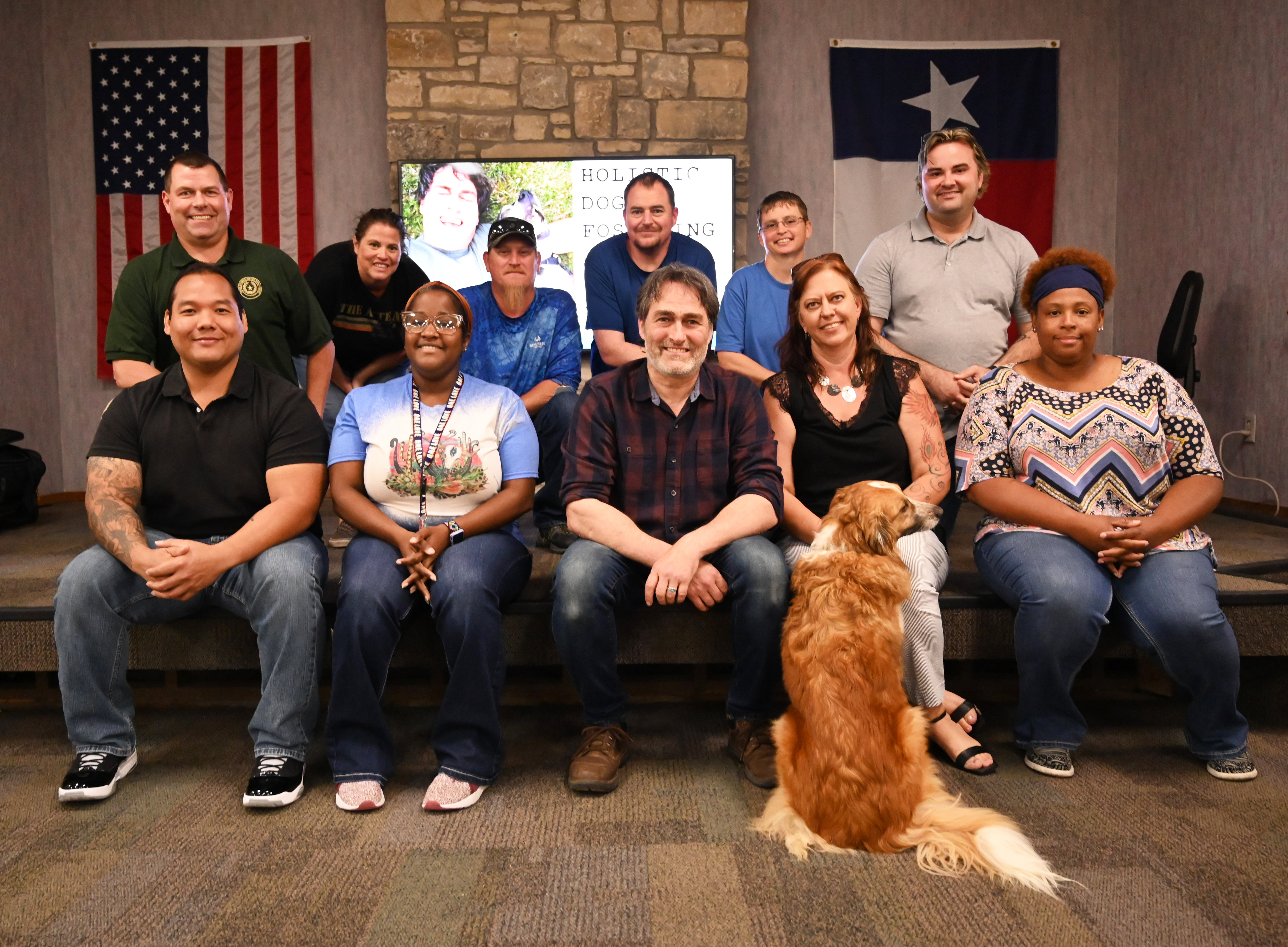 BARK kicked off at the Ron Jackson campus with a series of trainings over the weekend.

TJJD’s Lisa Broussard, the director of Texas Model Leadership Development, is overseeing the roll out and brought in a holistic dog trainer, Roman Gottfried, to discuss how to work with dogs in a kind, more trauma-informed way.

Gottfried’s work mirrors the approach that BARK will take, focusing on building healing attachments that help dogs and their owners or foster “parents.”

He demonstrated several techniques for coaches and administrators at Ron Jackson in classes held this past week. The dog trainer, who has worked extensively with foster dogs, explained that his trauma-informed training is more effective for dogs, as opposed to using punishments, and will be better for the TJJD youth paired with them. 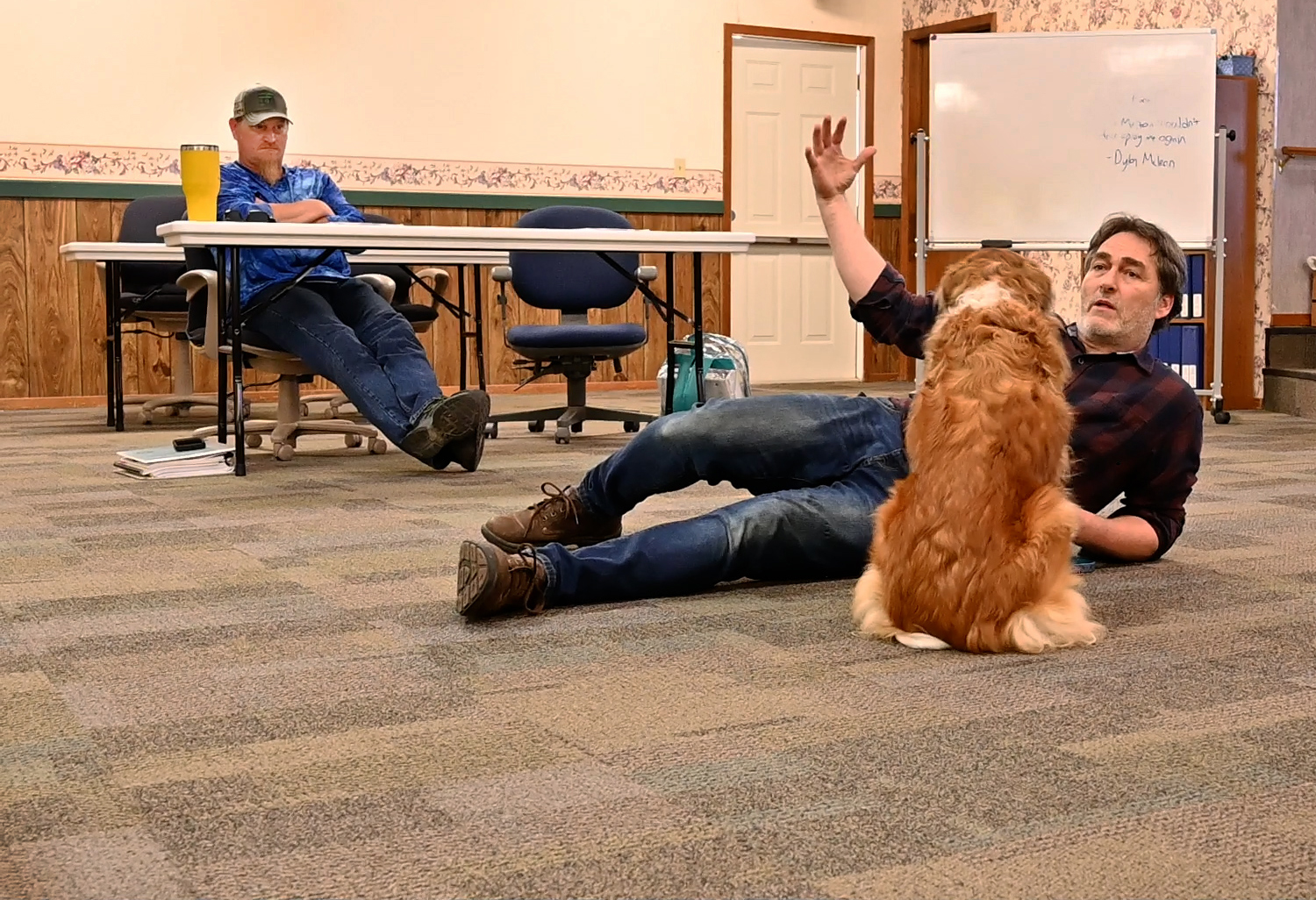 When he started dog training, Gottfried said he used punishments, as many trainers do. But he came to see that he was falling into a learned pattern, recycling ineffective and violent interventions from the past.

“I recognized this was just a re-creation of my personal trauma and it helped me shift to a better place, to stop punishing for bad behavior and creating a situation where I could reward good behavior,” he said.

He began teaching more compassionate methods. He told his clients, dog owners and dog foster parents, to take time to consider why their canine was misbehaving and to redirect that behavior so that dog and owner could find a successful, no-harm path forward, without boxing the animal into a corner and forcing a bad reaction.

He offered this same message to staff at Ron Jackson, telling them that taking the extra step of understanding the ‘why’ of the dog’s behavior will pay off. To just demand compliance, he said, may change that single interaction but it won’t bring lasting change.

“I hope that recognizing from a dog’s perspective what a safe space looks like (to the dog), what secure attachment looks like, what trauma looks like, what a behavior looks like – how all these things come together in this perfect gearbox -- then we can make that connection and I can apply that to the child too,” he said.

“When you’re talking about not going to forced compliance with dog training, it’s exactly the same thing we’re trying to get away from with our kids. And the neat thing is, when you’re working with this program, you’re going to start seeing the connections,” said Broussard, who has previous experience with a dog program that served at-risk kids. 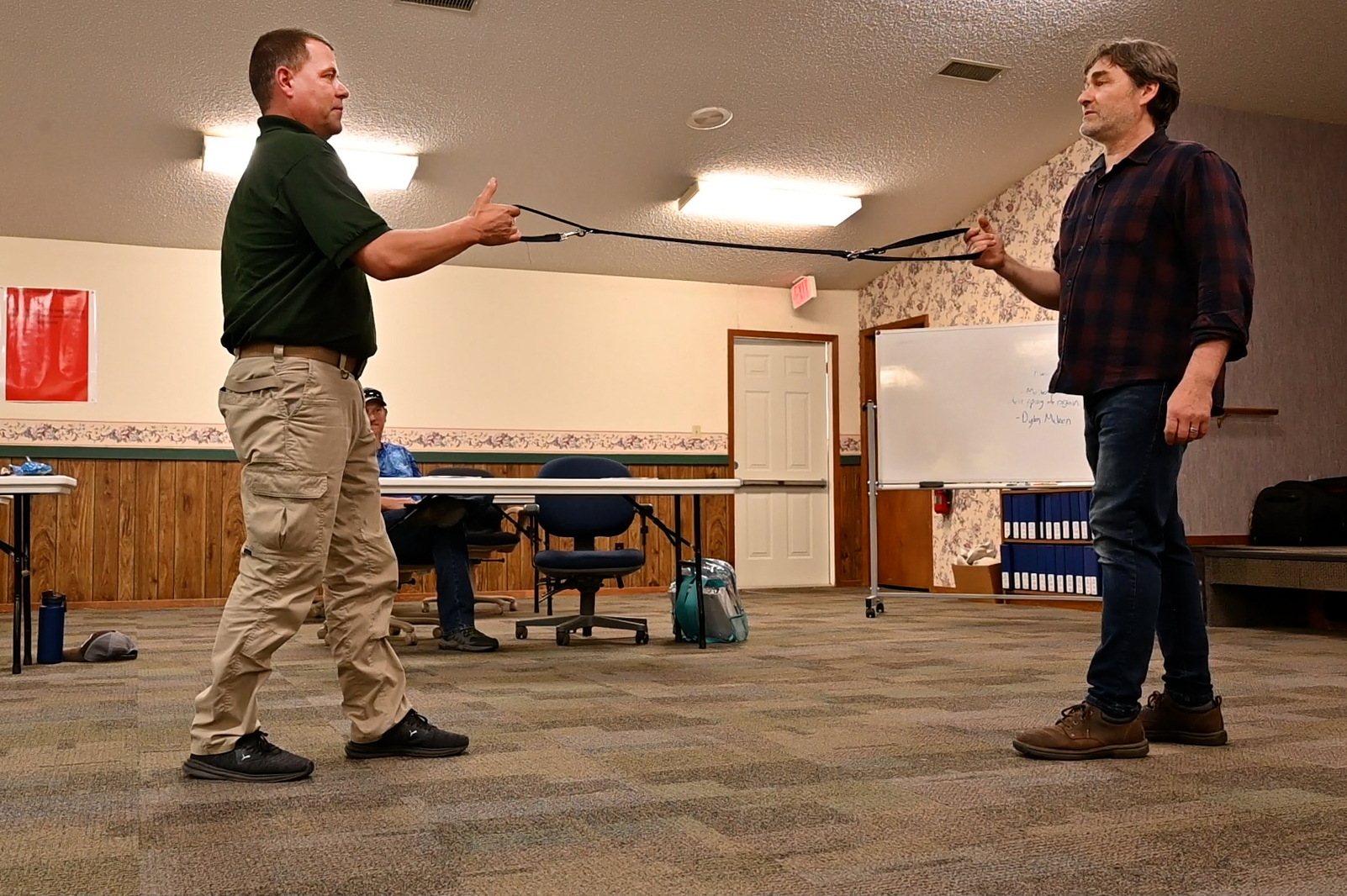 Gottfried demonstrated several specific techniques for the Ron Jackson Youth Development Coaches, mental health and other staff who attended his classes. In one, he and a staffer pulled on a leash, to show how to find a neutral posture.

“We are not always aware of our emotions. So one thing I did with the leash, was to feel how it feels to be in a neutral space. Because we usually pull or push. But we have to find this middle way, where we grow...and I can push it a little bit,” he said.

BARK will replace the PAWS program at Ron Jackson, but will continue to pair the youth with shelter dogs, as PAWS has done since its inception in 2010. PAWS (Pairing Achievement with Service) placed rescue dogs with youth, who trained them with a goal of receiving a Canine Good Citizen certification.

BARK also will strive to help rescue dogs become better behaved and adoptable, but the means is also the goal: Building strong, loving attachments with their attentive youthful caretakers.

Dogs for BARK will be provided by the Austin Pets Alive rescue program, Broussard said.

You can watch a video of Gottfried’s training at TJJD at the agency’s YouTube: https://youtu.be/xb4VJRl8ocs