It has been said that dogs are man’s best friend and that the bond between man and dog can be instantaneous. Where does that connection begin? We gained some insight into that recently when our Tamayo Halfway House youth visited the Humane Society of Harlingen. 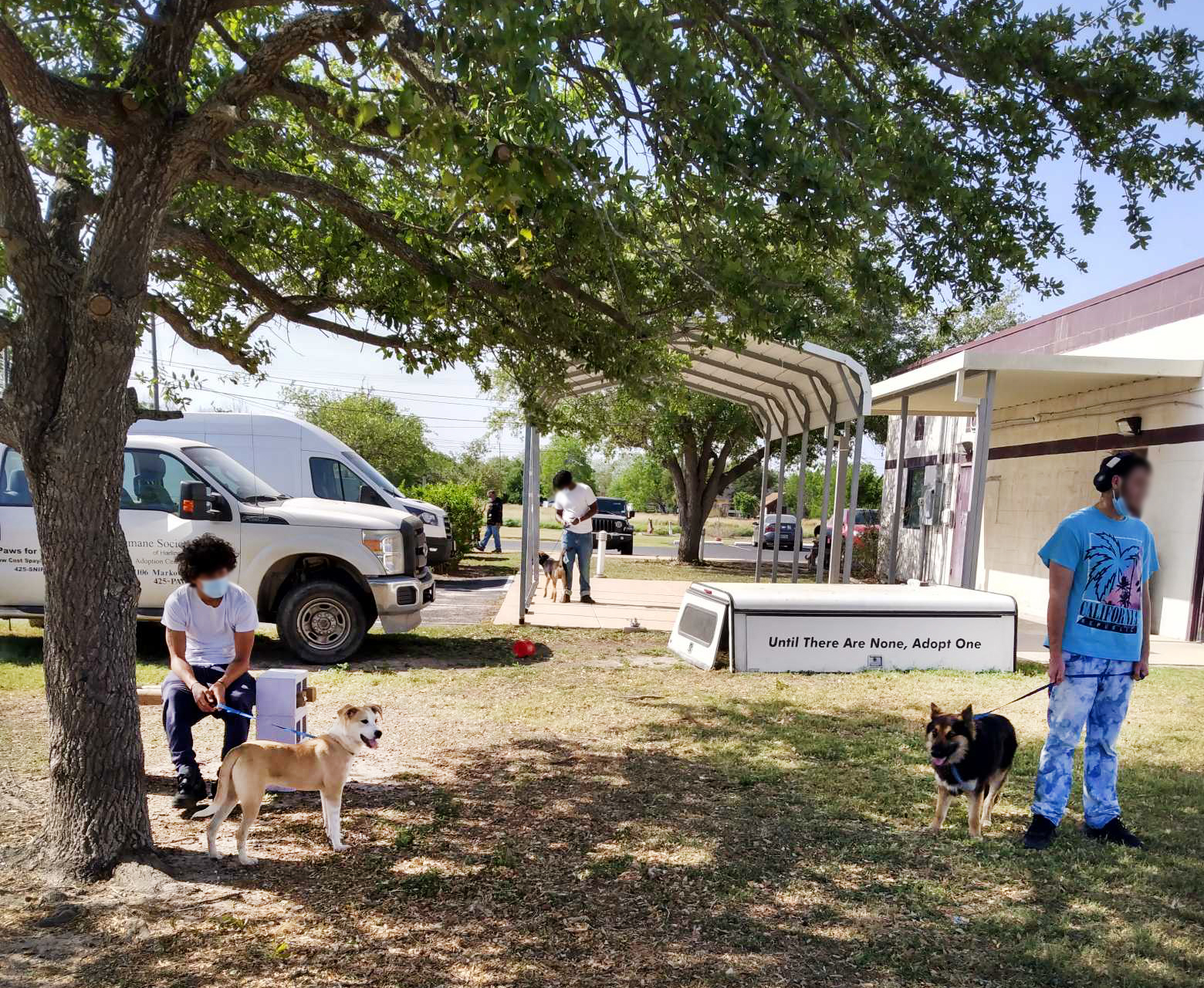 When we first asked the kids if they wanted to participate in this community service outing, some were excited and others were not too fond of the idea. “Let’s go to the park!” they exclaimed.

After overcoming that minor resistance, Coaches Lara and Garcia and seven youth proceeded to the Humane Society. People there greeted them as if a prayer had been answered. It would be an understatement to say the staff at the shelter were overwhelmed. They were short staffed and tasks were piling up.

Our Tamayo House boys came to the rescue. That initial resistance? It dissipated quickly as they encountered the animals, mainly dogs. The teens cleaned kennels, swept and mopped floors, and respectfully followed direction given by the animal shelter staff.

The true magic came when the boys walked the dogs outside. There was an immediate supernatural connection that occurred without warning. The kids seemed different, their hard exterior or “front” melted away. Perhaps this was their true selves peeking out. They seemed momentarily liberated and a sense of peace fell over them.

After all the dogs were returned to their kennels, shelter staff thanked the boys for their help, complimented them on the great job they’d done and invited them to return anytime.

The boys headed out with their heads held high and said they wanted to keep up their service to the Humane Society.

We coaches couldn’t be more proud of the teens as we witnessed the life-changing impact of this experience. Dogs can be such great companions. They don’t ask questions. They don’t pass judgment and they are very forgiving. As Josh Billings said, “A dog is the only thing on earth that loves you more than it loves itself.”