Christi Mallette retired quietly last month after nearly 45 years at TJJD, though her colleagues -- all social-distancing and mainly working from home -- turned her exit into a noisier affair with a COVID-appropriate, no-contact honking and yelling drive-by salute at Central Office last Friday. 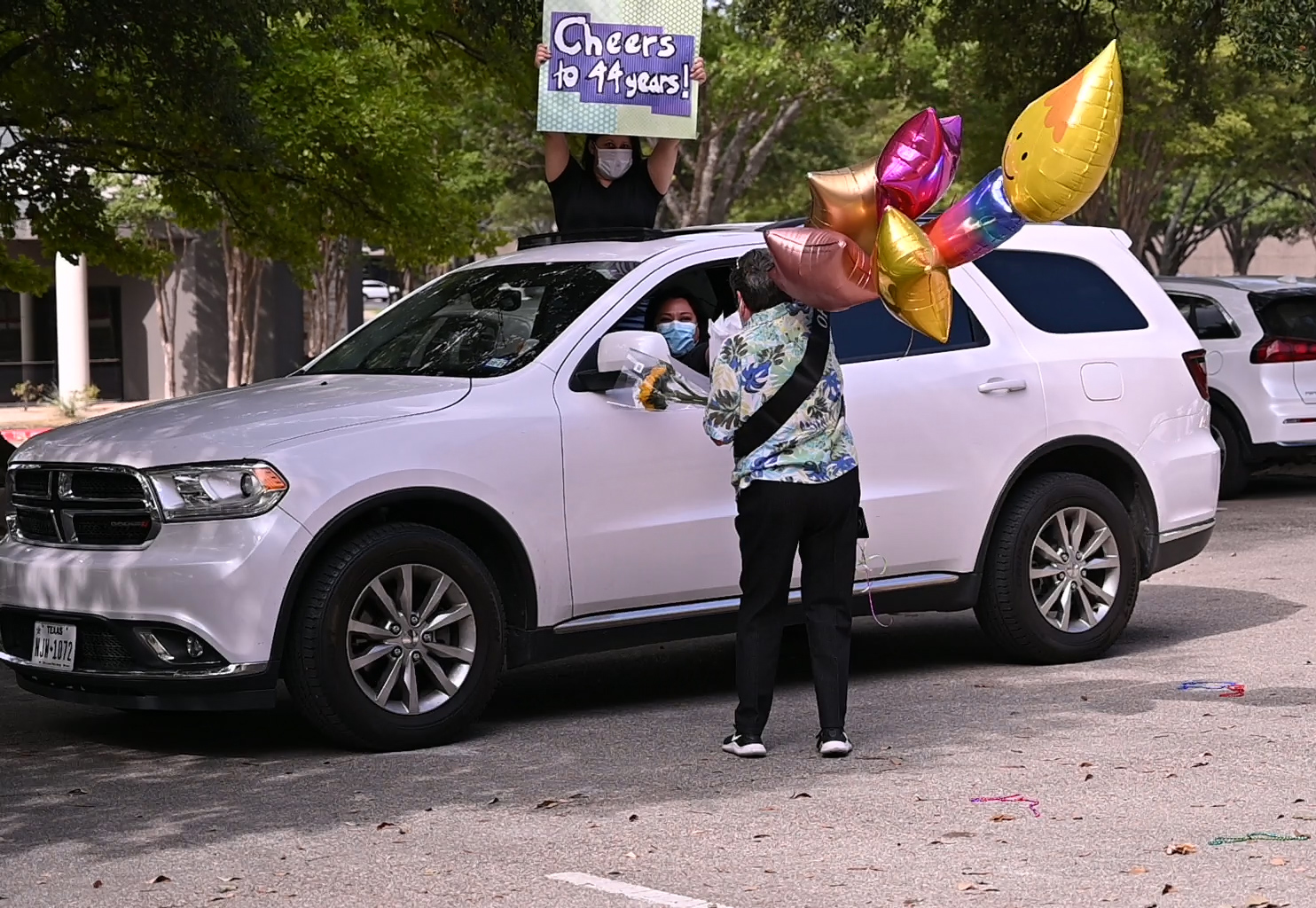 It was a rousing yet touching good-bye for the unflappable Mallette, Administrator of Non-Residential Programs for Monitoring and Inspections, who’s witnessed many changes over decades of service at TJJD/TYC/Texas Youth Council.

She began her career in October 1975 when the agency was still called the Texas Youth Council and entering a major overhaul.

A federal court had just ruled in the civil rights case Morales v. Turman that incarcerated youth were entitled to due process, fair and appropriate discipline and regular access to medical care and education. This landmark decision originating in Texas would prompt increased standardization and benchmarks for the treatment of juveniles across the country.

Mallette and several other young people just starting their careers were recruited to work at a therapeutic wellness camp set up near the Crockett State School. “It was not a well-known program at the time, and they needed experienced people,” said Mallette, who has a degree in sociology from UT-Arlington and a master’s in criminal justice from Sam Houston University. She had previously worked with a youth program for girls in Dallas.

The Crockett camp housed 80 boys. “We built our own structures and cooked our own meals and basically lived in the woods,” Mallette said. This new approach, helping youth develop self-sufficiency skills and accountability was exciting and cutting edge, she said. Mallette also worked with programs at Crockett for "Children in Need of Supervision," which were later moved out of TYC purview.

She moved on to become director of a similar camp near Fairfield that was completely built as a free-standing facility on leased TYC land. It had its own kitchen, medical and maintenance facilities and served younger boys who'd been adjudicated. By 1983, however, Mallette was “ready to get out of the wilderness” and happy to join the central office in Austin as a management auditor.

About the same time, the Texas Legislature gave the agency a new name, the Texas Youth Commission. Reforms continued to roll out.

Mallette oversaw several special projects over the next several years, involving community service programs, special investigations and halfway houses, which were opening at locations across the state.

“We started saying it was best to serve kids more locally,” she said, a perennial goal.

In 1997, in recognition of her wide experience, TYC leadership asked Mallette to apply to become Administrator of Parole, a job she held until 2008. Along with starting the camp at Crockett, her service in parole would be among her proudest moments.

At the time, the agency still served youth up to age 21 and the juvenile detention and corollary parole populations each numbered a few thousand.

Tasked with developing a plan for paroled youth that went beyond basic check-ins with parole officers, Mallette brought in people from parole, education, medical, psychology, auditing, IT and other departments to design the program. She also set up teams to implement and oversee it. They held open meetings at facilities across the state to gather input and developed a program for youth that helped with resocialization and meeting concrete goals.

“We felt that it was successful. To this very day I have people who’ve come up and say the best part of their career was working on the parole design or other team,” Mallette said. “It produced a parole program with accountability and structure. The officers really seemed to grab onto it to work with the youth, to measure their successes.” 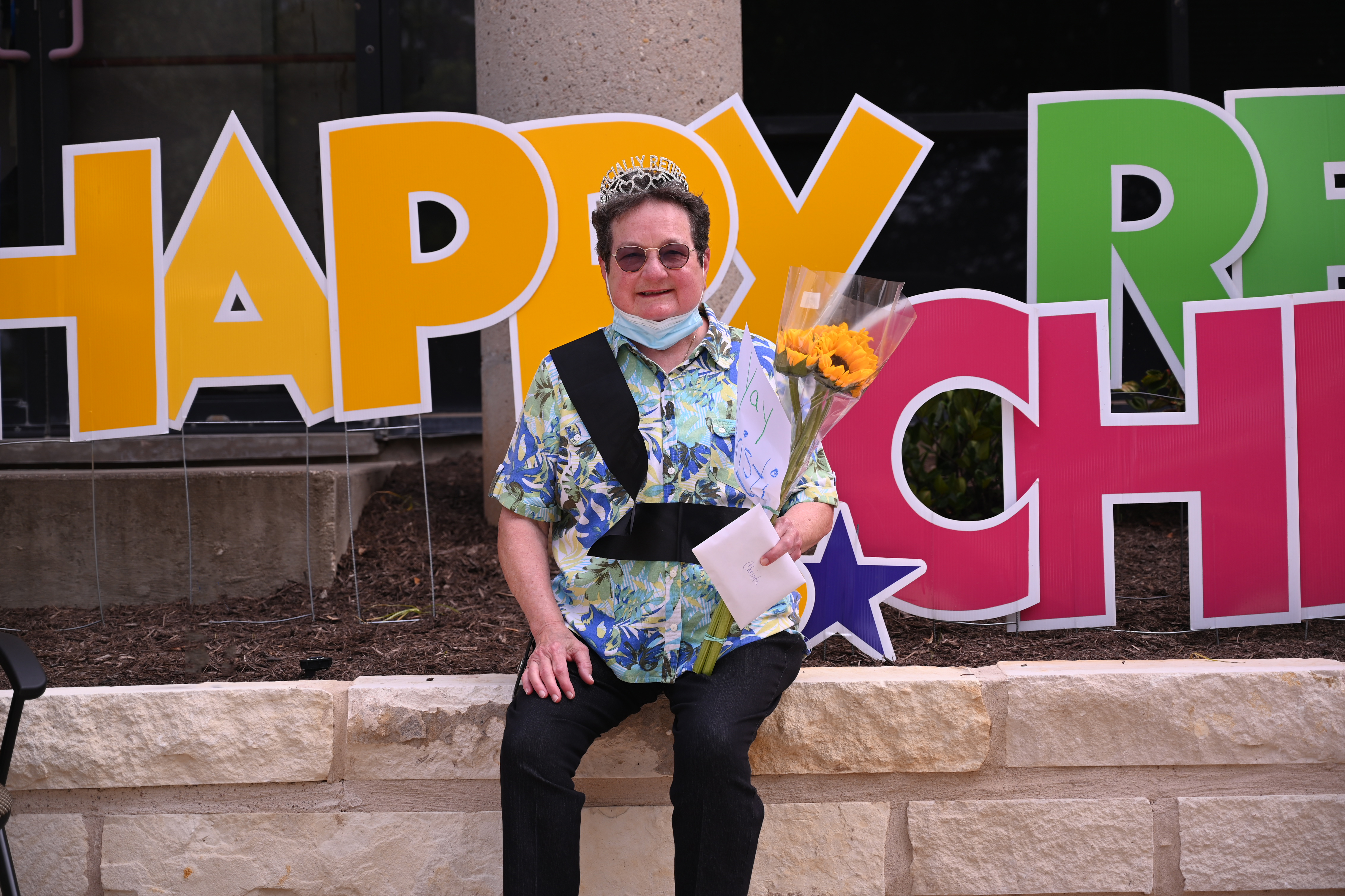 One member of that re-design team, TJJD’s current Director of Re-Entry and Parole Services Todd Novak remembers Mallette as “very forward-thinking in leading the complete redesign of parole operations.”

Many of her ideas are still in practice today, Novak said, and that’s a testament to her detailed, thoughtful work.

“Christi was a true juvenile justice pioneer with a diverse experience that she drew on to be a leader, mentor and confidant to so many people,” he said. “She was always open to staff input, new ideas, and valued input from the field.”

Said Mallette, “I loved working with parole. I think it had been overlooked for years. But, you have to begin with the end in mind, the time when people get (back) in the community.”

Mallette next served as acting director of a section that encompassed inspection, quality assurance and maintenance monitoring -- and lived through another overhaul in 2007 and name change for the agency, to TJJD in 2011.

Later, after all those functions she oversaw were wrapped into one new department, Mallette, having done so much over 35 years, considered retiring. But the director of the newly consolidated Department of Monitoring and Inspections, Terri Dollar, persuaded her to stay and continue sharing her depth of knowledge.

“Christi is just a remarkable person with the most amazing stories,” Dollar said. “Over her tenure, I absolutely believe that she has made our agency, our staff and the care of our youth, better.  I personally have been blessed and significantly impacted by her wisdom and her experience.”

“I chose to stay on,” Mallette mused. “Little did I know that 8 or 9 years later I would still be there!” She finally decided to take retirement this summer as the COVID crisis ground on with no resolution in sight. It seemed like the right time to transition.

She will miss working with Dollar and with her TJJD colleagues, Mallette said, but has no shortage of recreational work waiting for her outside of the office.

She plans to continue renovations on her 100-year-old home in the Hyde Park historic district in Austin. Later, when the pandemic subsides, she may find volunteer work helping rescue animals, a lifelong passion, or return to offering instruction to young people in archery, a sport she has taught as a community volunteer for 30 years.